On April 25, 2015, a devastating earthquake struck Nepal; the magnitude was read by DUGL seismometers at Sanford Lab.
Constance Walter 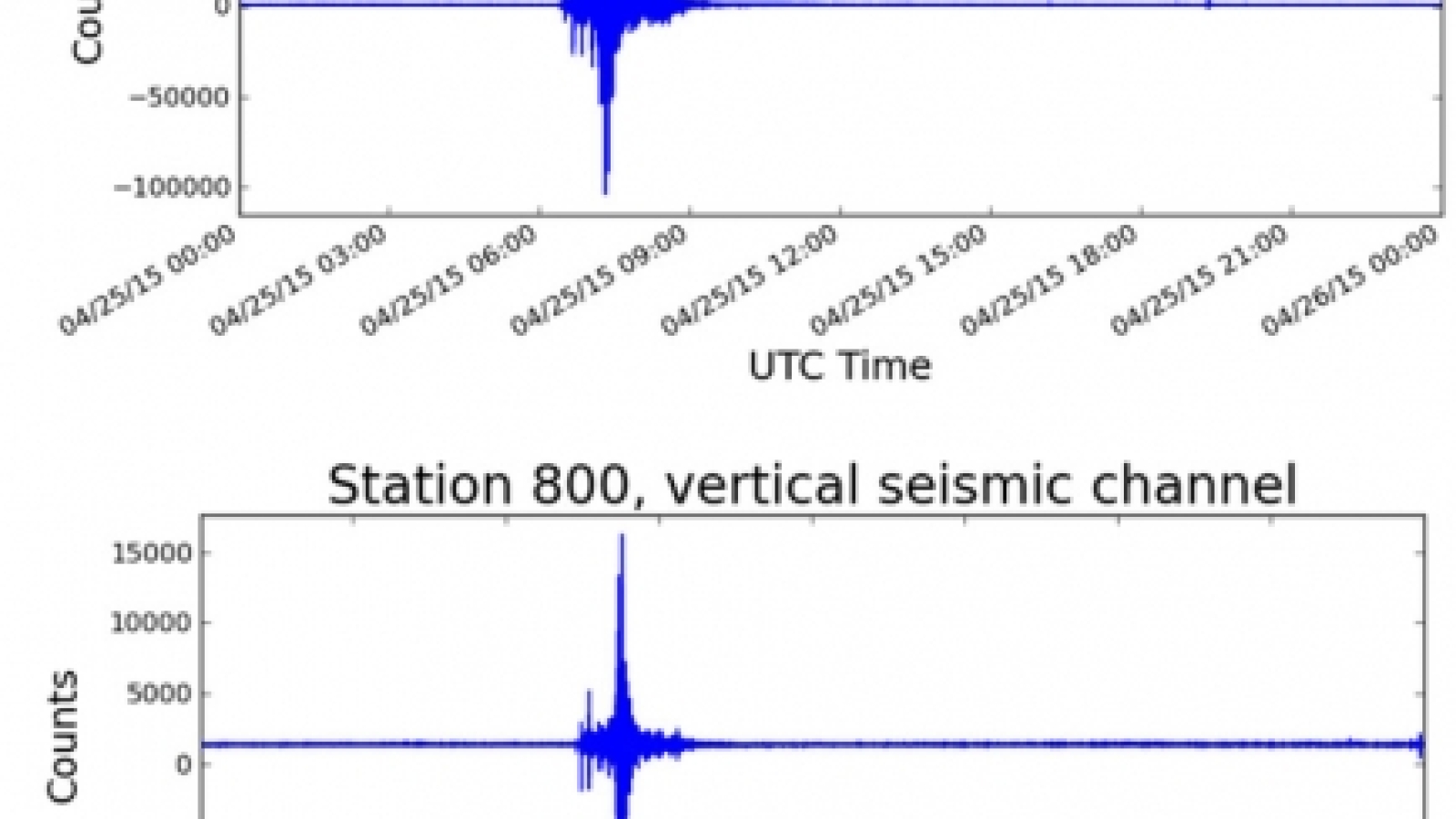 On Saturday, a devastating earthquake struck Nepal, one of the poorest countries on Earth. The 7.8 magnitude temblor, followed by a 6.7 magnitude aftershock, destroyed villages and towns, trapped hundreds on Mt. Everest, and took the lives of more than 4,000 people. Many news sources say that number is expected to grow as rescuers reach remote areas.

"This is one of the fastest convergences on Earth," said Victor Tsai, Assistant Professor of Geophysics at the California Institute of Technology. "The collision is causing the Himalayas to grow taller every year."

Tsai is part of the Deep Underground Gravity Laboratory (DUGL). In November, the team installed 15 seismometer stations on several levels of Sanford Lab from the 300 to the 4850. Another four were placed on the surface. Placed in a grid, the seismometers monitor ground motion, giving researchers a 3-Dimensional seismic picture, Tsai said.

The earthquake and aftershocks that struck Nepal were recorded at every station. Tsai said the instruments operated exactly as expected. "They can detect ground movement with velocities of less than a micron per second. Our array is unique in how deep our instruments are, which means less noise and makes the earthquake readings cleaner."

"Data collected by DUGL's seismometers will help us understand the structure and directionality of the seismic noise underground, which we will then use to design future detectors."

Several aid agencies around the world are preparing humanitarian missions to Nepal. The New York Times compiled a list of agencies that are accepting donations to help in the rescue efforts. To learn more, go to:
http://www.nytimes.com/2015/04/27/world/asia/where-to-donate-for-nepal…;