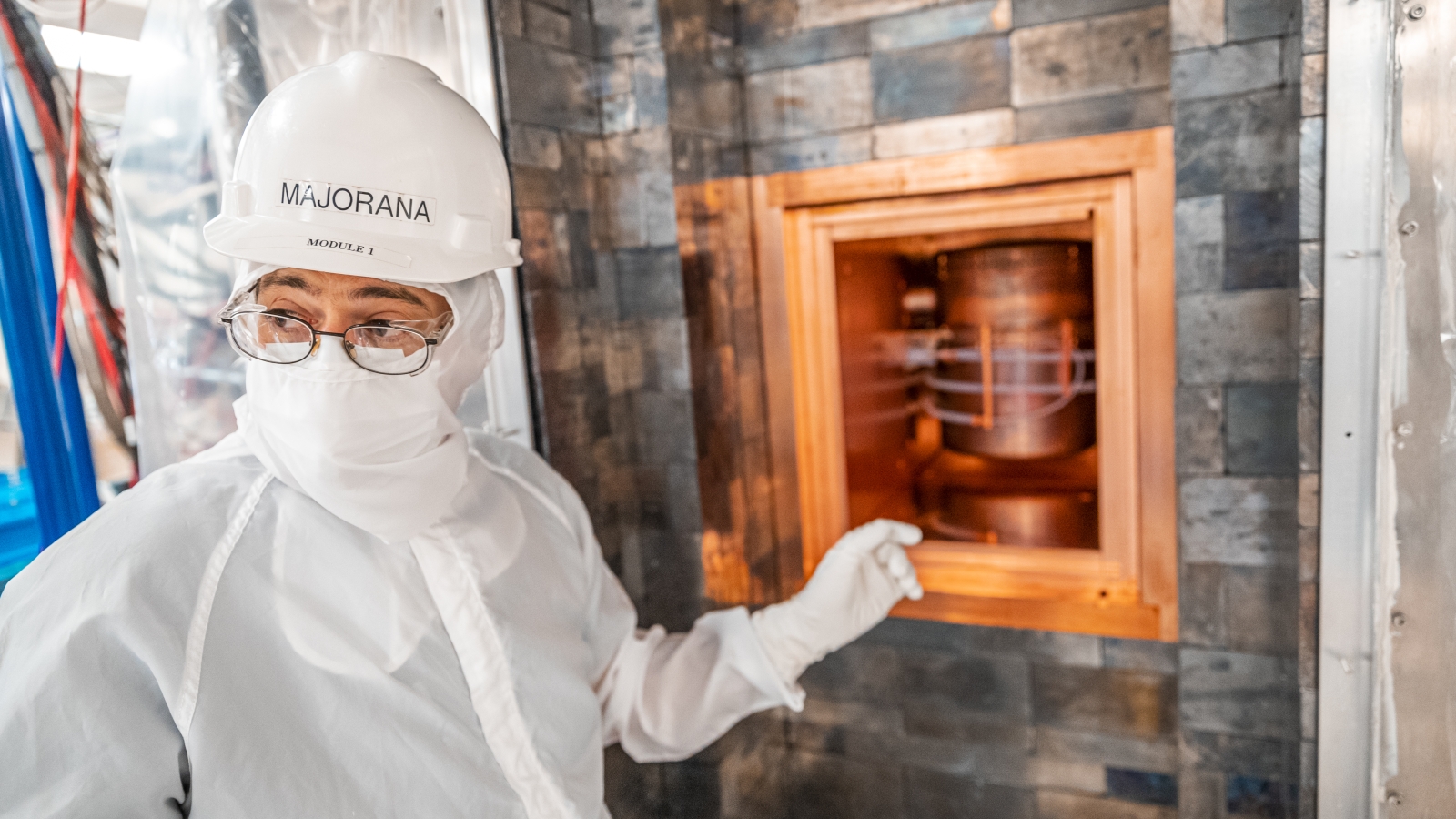 Vincent Guiseppe, co-spokesperson of the Majorana Collaboration and a research staff member at Oak Ridge National Laboratory, explains how layers of shielding protect the detectors from background "noise," such as trace amounts of dust and radiation.

Researchers recently performed the equivalent to open-heart surgery on a particle physics experiment. A cleanroom on the 4850 Level of Sanford Underground Research Facility (Sanford Lab) served as the operating room. There, researchers in full-body clean suits slipped triple-gloved hands into a clear, airtight glovebox where they attached fragile, vein-like wires to crystalline detectors and suspended those detectors in a delicate copper framework.

This sensitive operation was a long-awaited upgrade to the Majorana Demonstrator (Majorana), that replaced five of Majorana’s original detectors with four newly fabricated detectors this August.

Majorana searches for a rare particle decay using an array of germanium crystal detectors. For the last four years, the experiment has operated in an underground cleanroom, behind a shield of copper and lead bricks. Majorana is extremely sensitive to dust and other particulates that could contaminate the experiment, producing intrusive background signals. This is why, as researchers undertook a detector swap, they observed extreme cleanliness measures.

The completion of the detector exchange, originally slated for early 2020, was delayed by the arrival of COVID-19 in the United States.

“Before we could make the detector exchange underground, a lot of preparation had to be done at different national labs and universities. As COVID-19 began impacting those organizations, a lot of work took longer to complete,” said Ralph Massarczyk, a staff scientist at Los Alamos National Lab working with the Majorana experiment, who helped perform the detector swap.

This month, with safety regulations in place, a small group of researchers completed the upgrade. The new detectors will be tested in Majorana for use in a scaled up, next-generation experiment.

“After this exchange, we will get data on the new detectors, as well as valuable data that will contribute to the search for neutrinoless double-beta decay,” said Massarczyk, referring to the rare particle decay the Majorana collaboration hopes to observe.

Read more about Majorana’s new detectors and preparation for LEGEND-200. 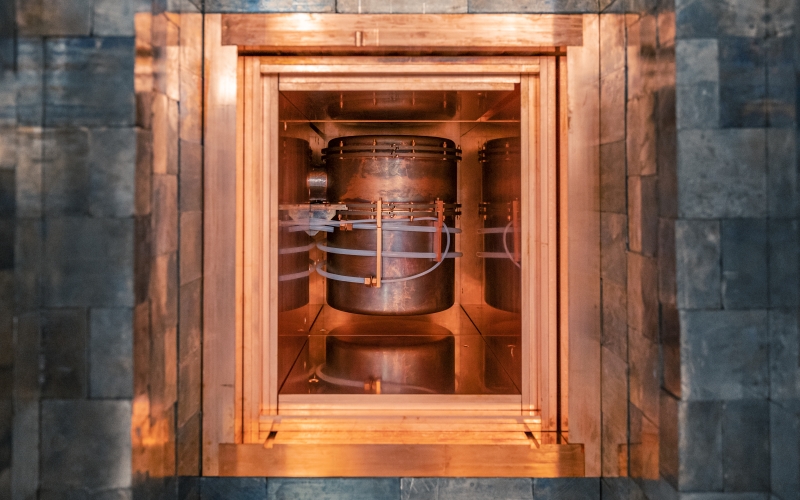 Peering behind the MAJORANA DEMONSTRATOR shield

For the first time since 2016, the Majorana Demonstrator’s shield opens for a detector swap
Full Details