May the Force Be With You

What do magnets and electromagnets have to do with particle accelerators and neutrino beams? How are magnetism, electricity and movement related? Use the force to find out.
Level
Upper Elementary
Time required
Minimum of nine 55-minute sessions
Request this module
Resources for educators
Curriculum Modules
Education Impact
Field Trips
Sanford Science Education Center
School Presentations
Education and Outreach Directory 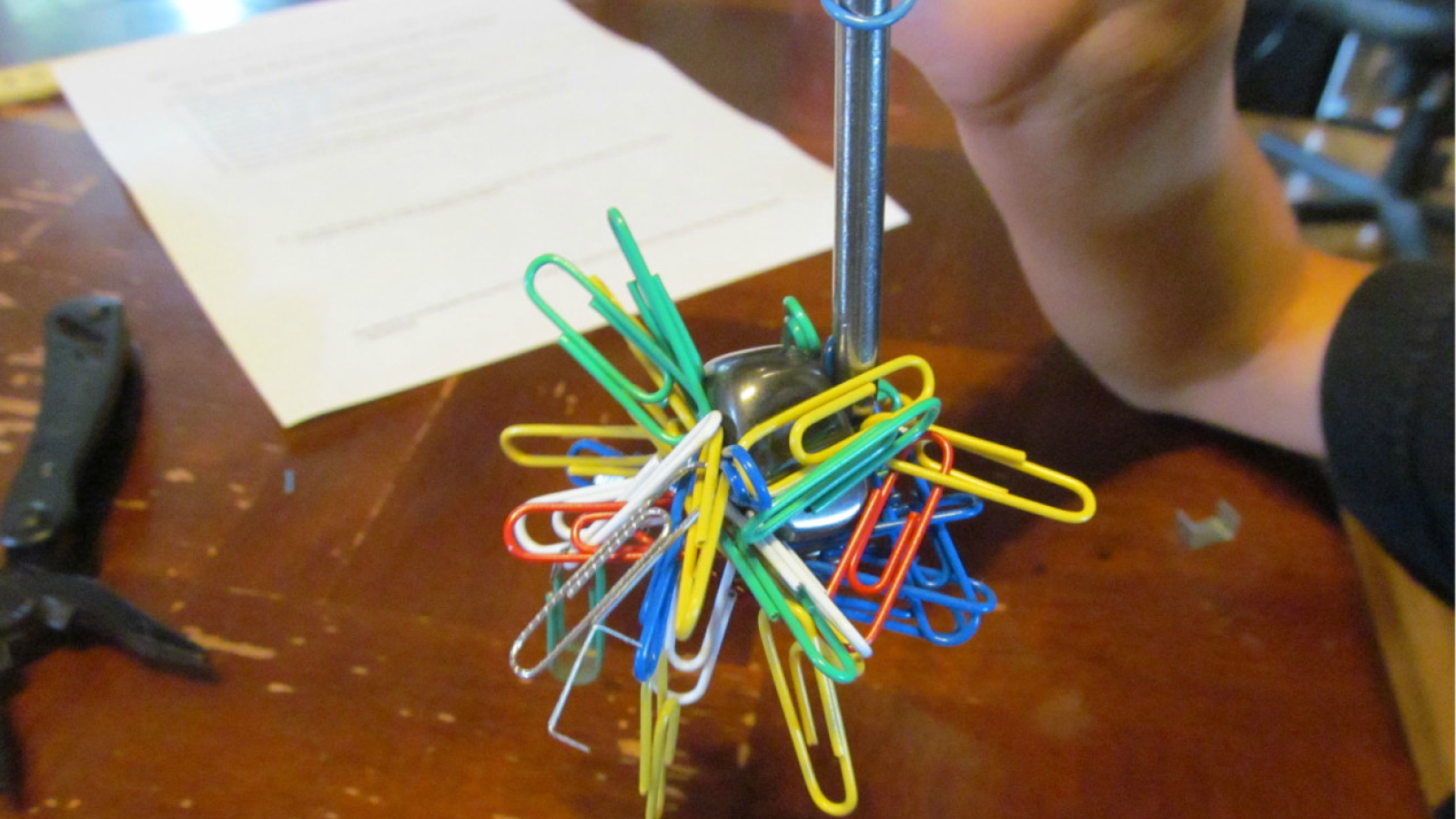 Students explore magnets and magnetic forces, permanent and temporary magnets, and rotational & linear motion induced by magnets. Connections are drawn to the Earth itself as a giant magnet, with north and south pole, and to the use of magnets within engineering applications. Electromagnets are central to the technology of sending a neutrino beam from Fermilab outside of Chicago to a detector at the Sanford Underground Research Facility.

May the Force Be With You-- Magnetism, Electricity and Movement

3-PS2-1 Plan and carry out an investigation to provide evidence of the effects of balanced and unbalanced forces on the motion of an object.

3-PS2-2 Make observations and/or measurements of an object’s motion to provide evidence for how a pattern can be used to predict future motion.

3-PS2-3 Ask questions about cause and effect relationships of electric or magnetic interactions between two objects not in contact with each other.

3-PS2-4 Define a simple design problem that can be solved by applying scientific ideas about magnets. *

5-PS1-3 Make observations and measurements to identify materials based on their properties.

5-PS2-1 Support an argument that the gravitational force exerted by Earth on objects is directed down.