The Search for Dark Matter

What is dark matter, and why is it so hard to find? Learn about scientific phenomena supporting the dark matter theory, explore matter and its interactions, and join the search for dark matter.
Level
Middle School
Time required
A minimum of eleven 55-minute sessions
Request this module
Resources for educators
Curriculum Modules
Education Impact
Field Trips
Sanford Science Education Center
School Presentations
Education and Outreach Directory 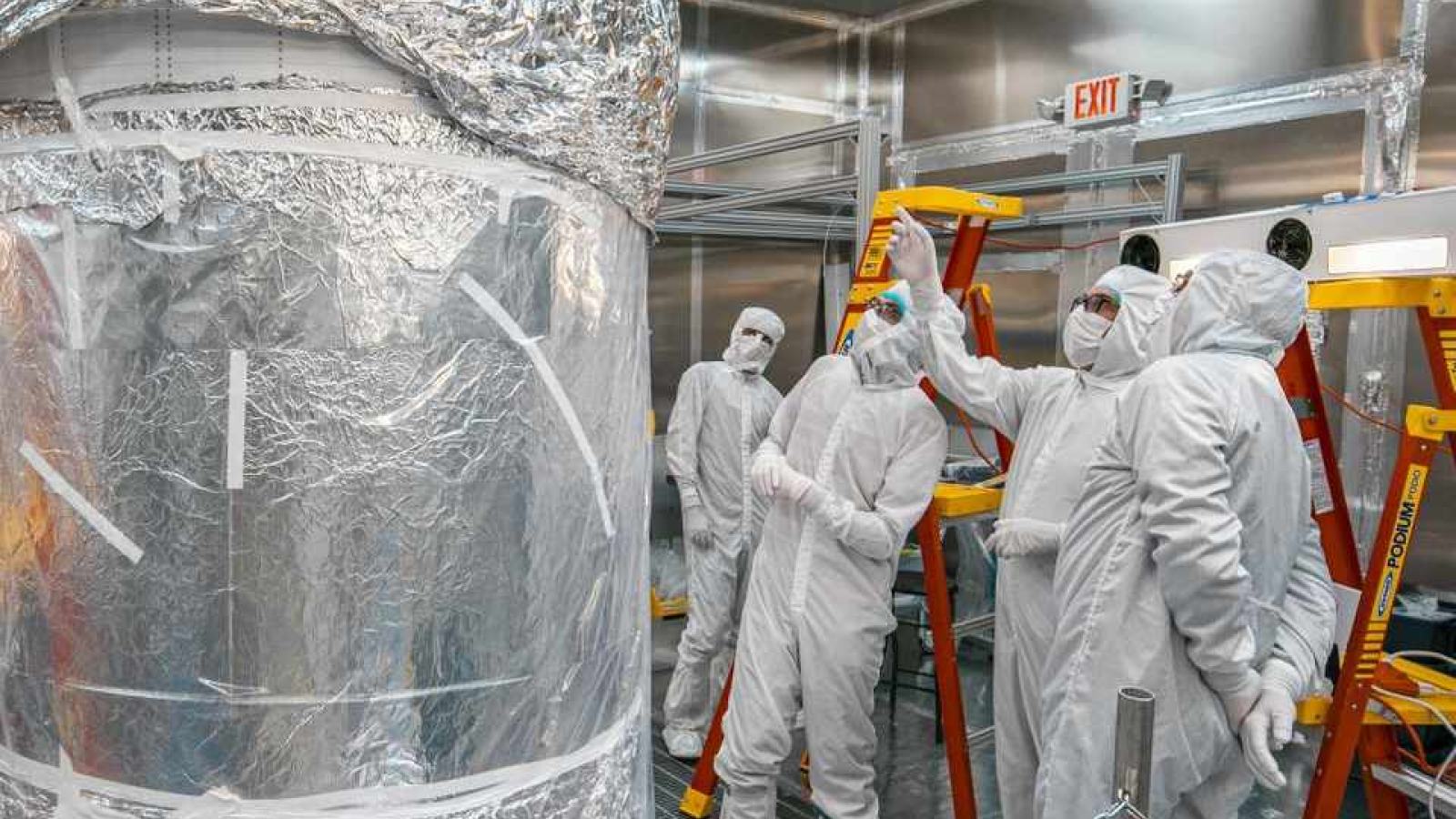 The LUX-Zeppelin Dark Matter Detector under construction at SURF. Photo by Nick Hubbard

Why are many scientists convinced that, when it comes to matter in the universe, there is much more than meets the eye (or the telescope)? In fact, scientists believe there is more than five times as much 'dark matter' in the universe than ordinary matter. In this unit, students explore matter and its interactions (both electromagnetic and gravitational) in order to follow the evidence for the existence of dark matter. They learn about the scientists and technologies that made new discoveries possible in the past and will continue to in the future, including at the Sanford Underground Research Facility.

The Search For Dark Matter

MS-PS1-4 Develop a model that predicts and describes changes in particle motion, temperature and state of a pure substance when thermal energy is added or removed.

MS-PS2-2 Plan an investigation to provide evidence that the change in an object’s motion depends on the sum of the forces on the object and the mass of the object.

MS-PS2-4 Construct and present arguments using evidence to support the claim that gravitational interactions are attractive and depend on the masses of interacting objects.

MS-PS3-4 Engage in argument from evidence to support the claim that when the kinetic energy of an object changes, energy is transferred to or from the object.

MS-PS4-1 Use mathematical representations to describe a simple model for waves that includes how the amplitude of a wave is related to the energy in a wave.

MS-PS4-2 Develop and use a model to describe how waves are reflected, absorbed or transmitted through various materials.

MS-ESS1-2 Develop and use a model to describe the role of gravity in the motions within galaxies and the solar system.