Physicists go deep underground at Sanford Lab to escape the constant bombardment of cosmic radiation, which creates far too much background noise for their sensitive physics experiments. But one experiment on the 4850 Level isn’t worried about that. SIGMA-V uses the depth to better understand geothermal energy.

Across the globe, scientists are working to refine geothermal energy systems. SIGMA-V wants to create predictive models that, ultimately, can make geothermal systems more effective. They are particularly interested in learning how a hard-rock environment, like that at Sanford Lab, can be used for geothermal energy.

“A typical geothermal system takes heat from the earth by extracting steam or hot water,” said Tim Kneafsey, principal investigator for the Enhanced Geothermal Systems (EGS) Collab and a staff earth scientist with LBNL. But for that to happen, three things are needed: hot rock, fluid and permeability (the ability move fluid through rock).

Building on data collected from the recent kISMET experiment at Sanford Lab, the collaboration wants to expand its understanding of the rock stress. To do that, they developed and installed a special tool and equipment in several boreholes. 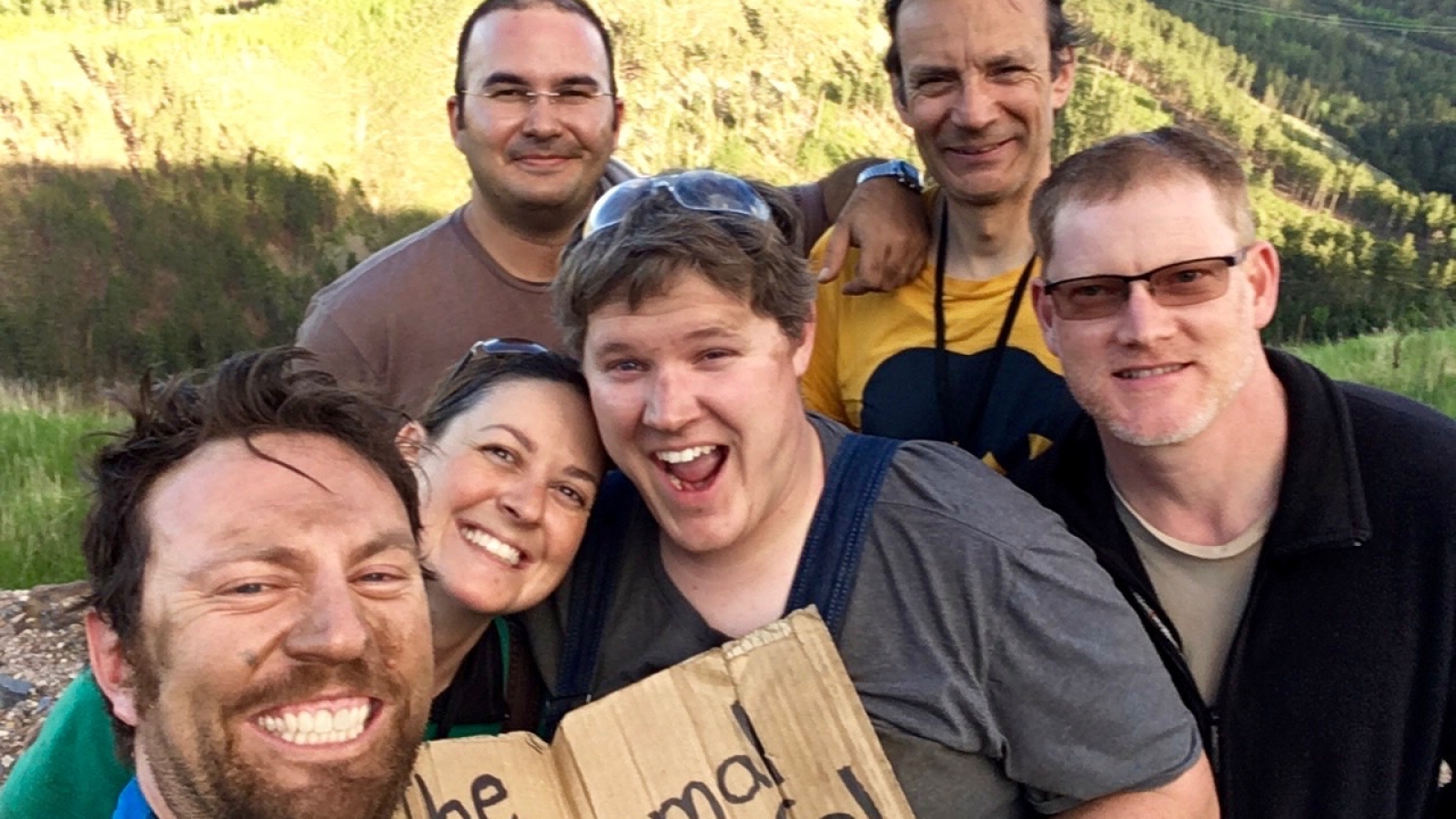 Enhanced Geothermal Systems (EGS) Collab Project is a collaboration comprised of eight national laboratories and six universities who are working to improve geothermal technologies. EGS aims to refine these technologies until they are efficient, affordable and ready to power 100 million American homes. To get there, multiple field experiments focus on understanding and modeling rock fractures, an essential element of geothermal systems. SIGMA-V is one of these field experiment sites. 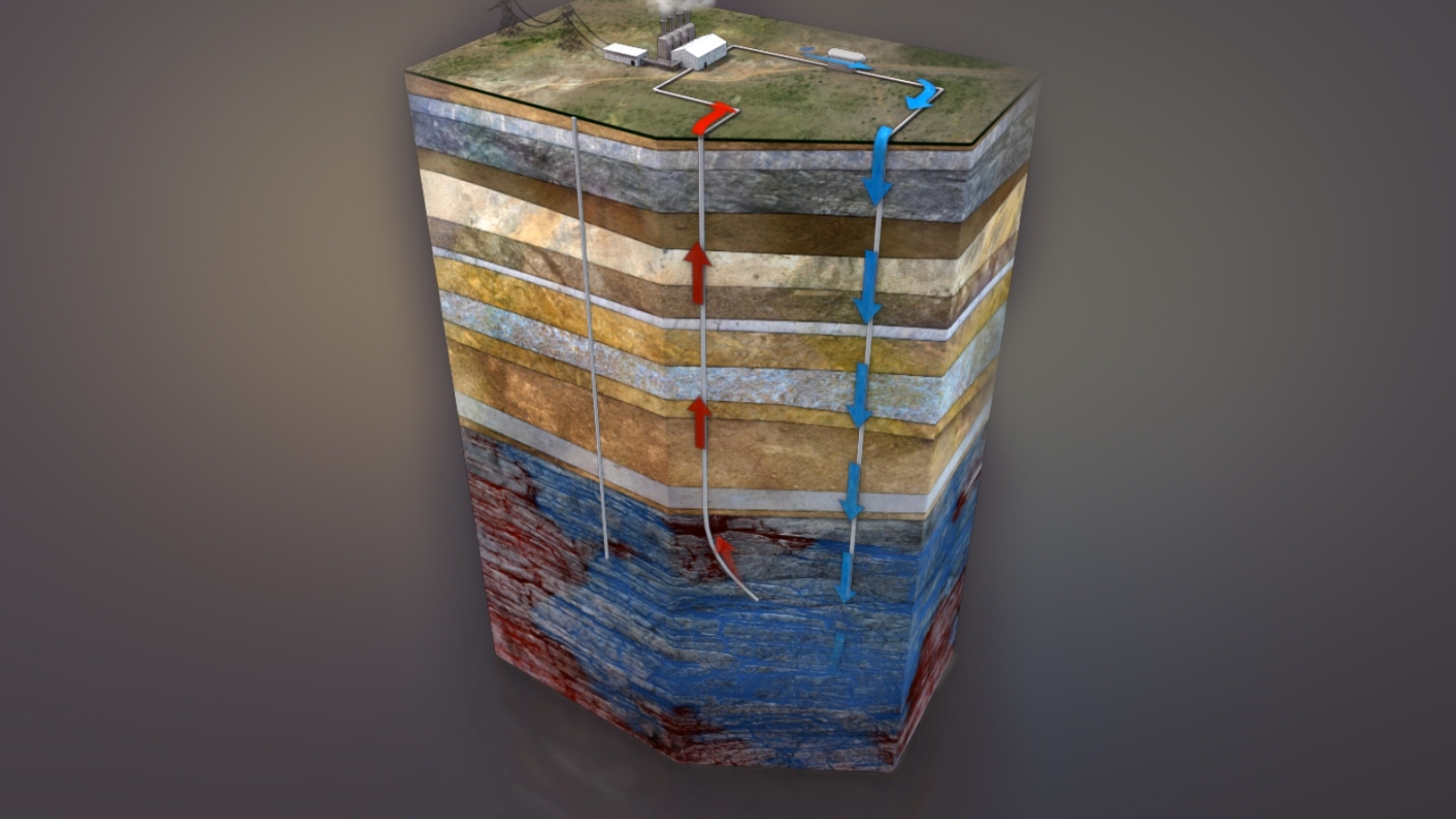 What produces little to no greenhouse gases, has a minimal environmental footprint and is virtually carbon free? Enhanced Geothermal Systems.

By creating a round-the-clock supply of energy, EGS reduces the need for energy storage technology and locations. Because these systems can extract power from any location with rock with sufficient heat, they can be implemented in locations throughout the United States. When implemented, EGS has the potential to power 100 million American homes—up to 10% of America's power needs.

Potential number of homes that could be powered by geothermal energy systems technology. 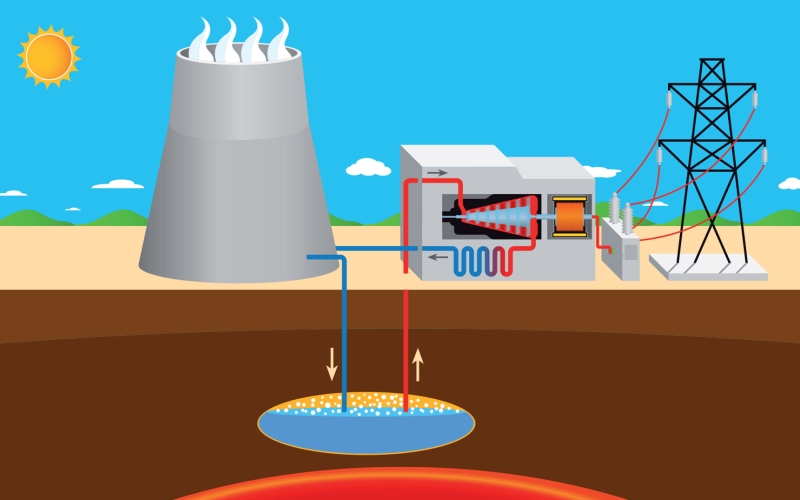 It’s hot down there. Thousands of feet below the earth, temperatures reach upwards of 350 degrees Fahrenheit. To access this super-hot rock of the Earth’s crust, wells are drilled, sometimes up to 12,000 feet down. Cold water is pumped into these wells, accomplishing two things.

First, the cold, pressurized water causes the hot rocks to crack along pre-existing fractures, or faults, in the rock. This creates more surface area for the water to touch the rock as it passes through the deep Earth, which in turn increases the amount of energy each facility is able to produce.

Second, the water travels through these fractures, picking up heat. The water—now very hot—is pumped to the surface where its pressure is decreased, creating steam. This hot steam is used to drive turbines, generating electricity. 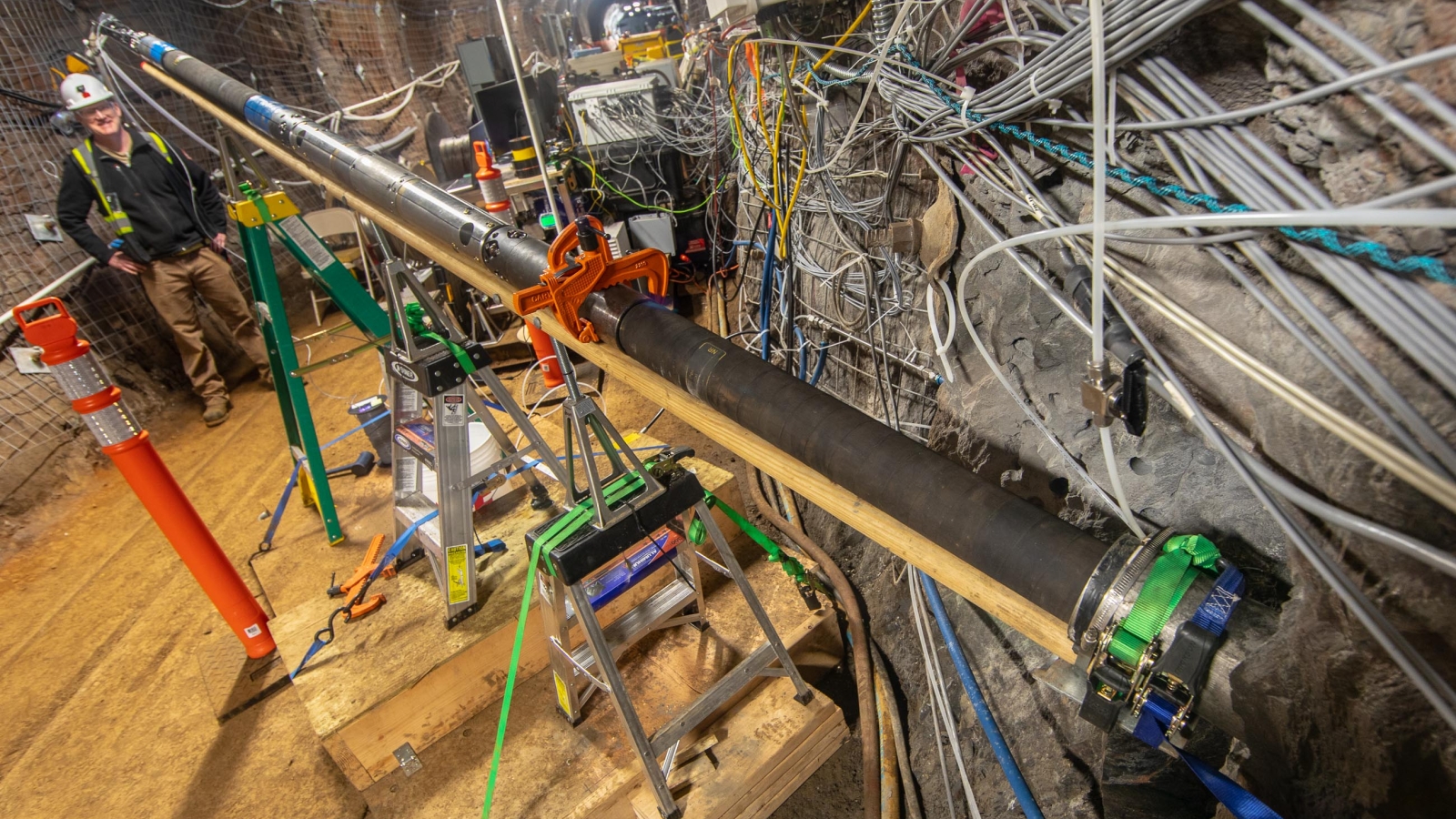 The SIMFIP tool is about to be placed in a bore hole.

Scientists have been creating hydrofractures for years as a way to better understand geothermal energy. But until the introduction of the SIMFIP (Step-Rate Injection Method for Fracture In-Situ Properties), they couldn’t measure the precise aperture—the exact point where the fracture occurs.

With a typical tool, a fracture is created and the tool removed so a measuring tool can be inserted. In the time it takes to do all that, much of the pertinent data is lost. The SIMFIP is loaded with sensors and other instrumentation that give scientists a close-up view of what happens when the rock is stimulated—and all in real-time. 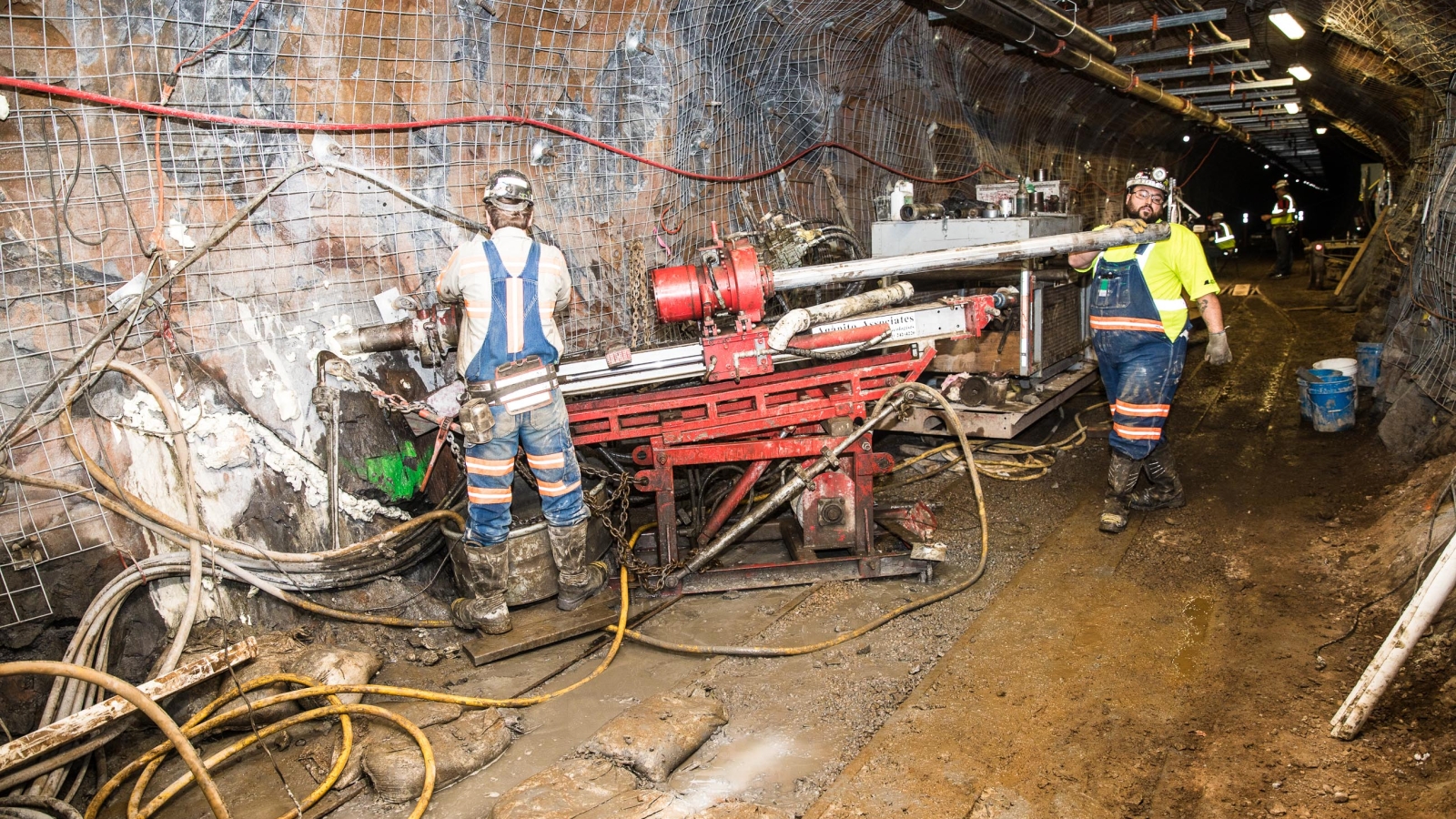 The best way to study geothermal energy is to create fractures in the rock, then inject liquid—in this case, water—into the hole. So, the SIGMA-V team drilled eight, 60-meter long boreholes into the rib (side) of the West Drift. Two parallel boreholes—the injection hole and production well—contain the SIMFIP tools and are used to stimulate the rock and produce fluid. When a fracture is made, the team wants it to connect the two holes in such a way that it will pull heat from the rock. Six other boreholes contain equipment to monitor the activity. 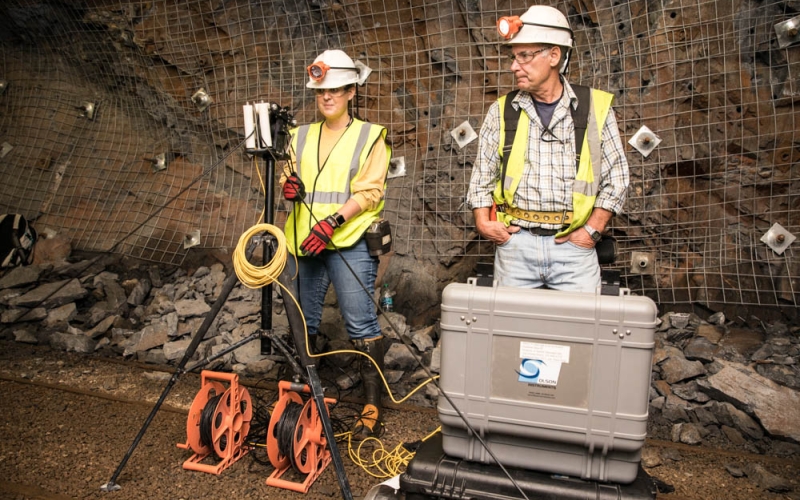 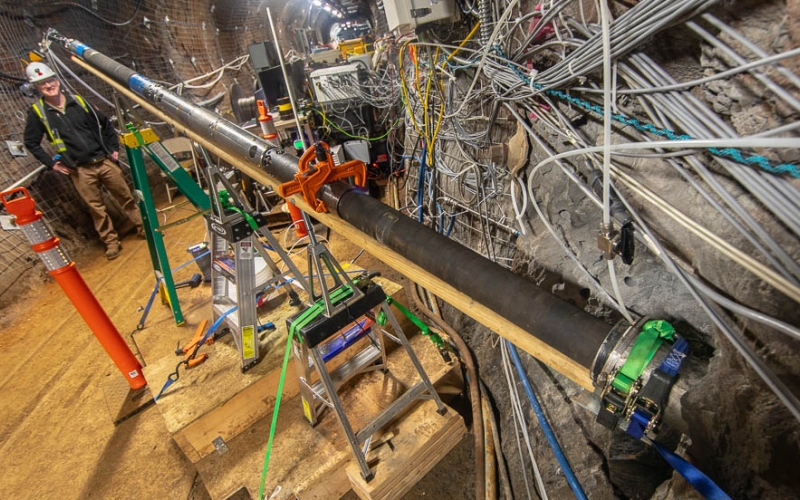 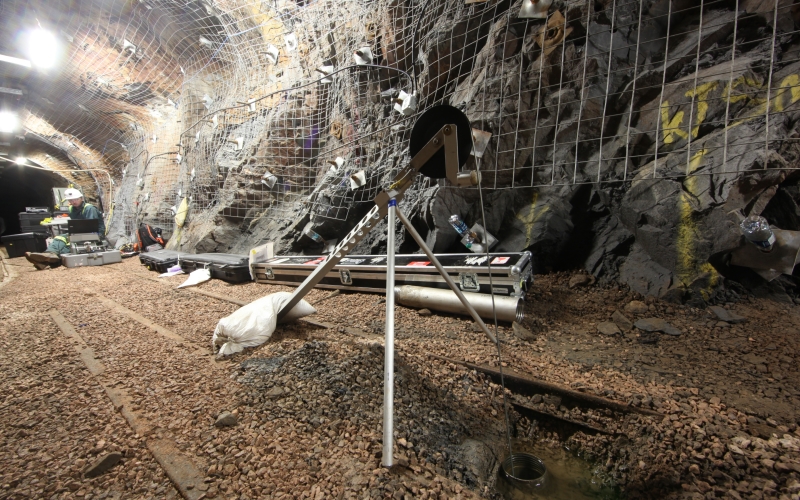 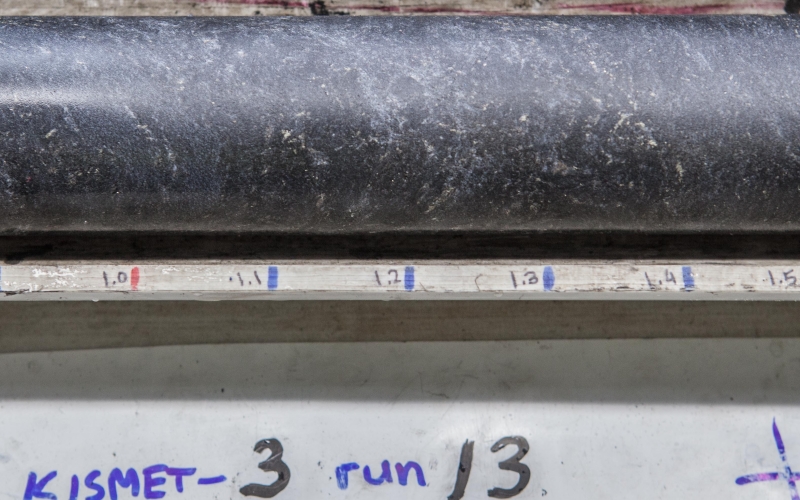 kISMET hopes to develop permeability enhancement techniques that can improve the ability to extract heat from geothermal reservoirs deep below the surface of the Earth.
Full Details