The BHSU Underground Campus moves across the 4850 Level, from the Ross Campus to the Davis Campus
Erin Lorraine Broberg 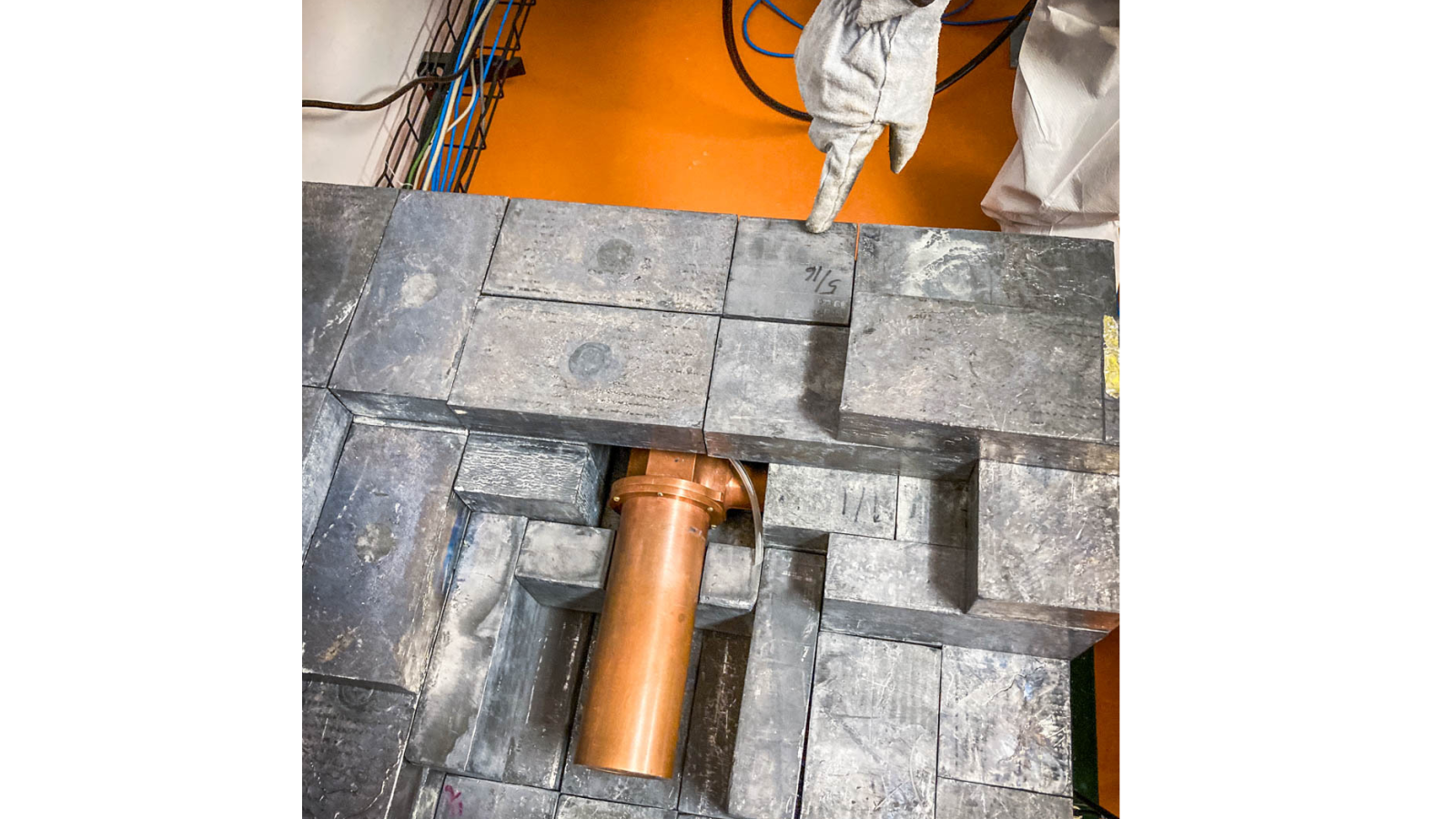 A shield of lead bricks surrounds a germanium crystal encased in copper. This low background counter screens materials for use in ultra-sensitive underground experiments.

Now, the BHUC is moving to a laboratory space in the Davis Campus just a half-mile (kilometer) away from its former location, where it will be a neighbor to the Majorana Demonstrator and LUX-ZEPLIN dark matter detector.

“The low background assays performed at the BHUC are an essential part of the science we do at Sanford Lab,” said Mike Headley, executive director of Sanford Lab. With pre-excavation activities for the Deep Underground Neutrino Experiment, or DUNE, increasing at the Ross Campus it was a necessary move. “By relocating the BHUC to the Davis Campus, low background counting assays can continue without significant interruptions from the construction activities at the Ross Campus.”

The BHUC houses six low background counters, or LBCs. LBCs operate behind a thick shield, isolated from external noise, or backgrounds, as they take data. Each shield contains somewhere between 500-600 individual lead bricks, each of which weighs about 26 pounds.

Brianna Mount, a BHSU professor of physics and director of the BHUC, said the transition required the careful preparation of the laboratory’s sensitive detector equipment and a lot of teamwork. Working assembly style, Mount and her team, which includes students with the BHSU Research Experiences for Undergraduates (REU) Program and Sanford Lab staff, dismantled the shields, brick by brick.

“One person might loosen a brick from the shield, another might put it in the cart, still another person moves it from the cart onto the pallet,” Mount said. “Over the span of the move, each of us touched almost every lead brick. By the end, we had each moved 80,000 pounds of lead. It was quite an accomplishment.”

Before they were installed at the Davis Campus, the LBCs were sent to the manufacturer and received upgrades to cryocooler systems, which cool the detectors.

The Davis Campus laboratory space will include an additional LBC through a new collaboration with Lawrence Livermore National Laboratory’s Nuclear Counting Facility. This new detector features twin germanium crystals, mechanical cooling, a single piece of shielding and, Mount noted with a tinge of relief, no lead bricks.

Research at the BHUC lays the groundwork for future underground experiments. Rare event searches, such as Majorana’s search for neutrinoless double beta decay or LUX-ZEPELIN’s dark matter hunt, require some of the world’s cleanest materials.

“By clean, we mean radio-pure,” said Mount. “Researchers are looking for materials with lower and lower concentrations of radioactive elements.”

When researchers want to use a new material for an experiment, they must first understand how “radio-pure” it is. That’s where the BHUC comes in. The material is placed in a low-background counter, where it will sit for as long as 2 weeks. Researchers count how much radioactivity it gives off over time. That tells researchers just how much of a background that material would create in an experiment if they use it.

“If you're looking to build a new experiment, you can look at the assays we have done of different materials. It’s incredibly useful,” Mount said. “Our fundamental research will help inform the next-generation of underground experiments.” 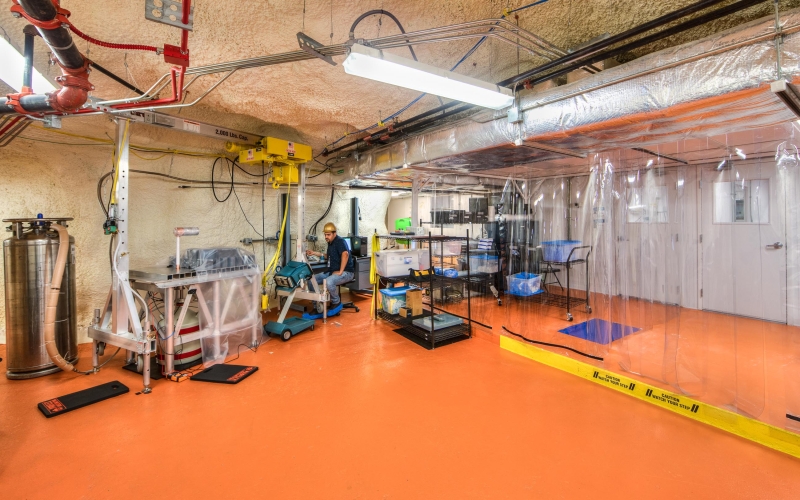 An underground campus used by experiments across the globe and managed by local university faculty and students.
Full Details