“Seeing the beam for the first time was really cool—the pay off for the work”—Dan Robertson, University of Notre Dame
Constance Walter 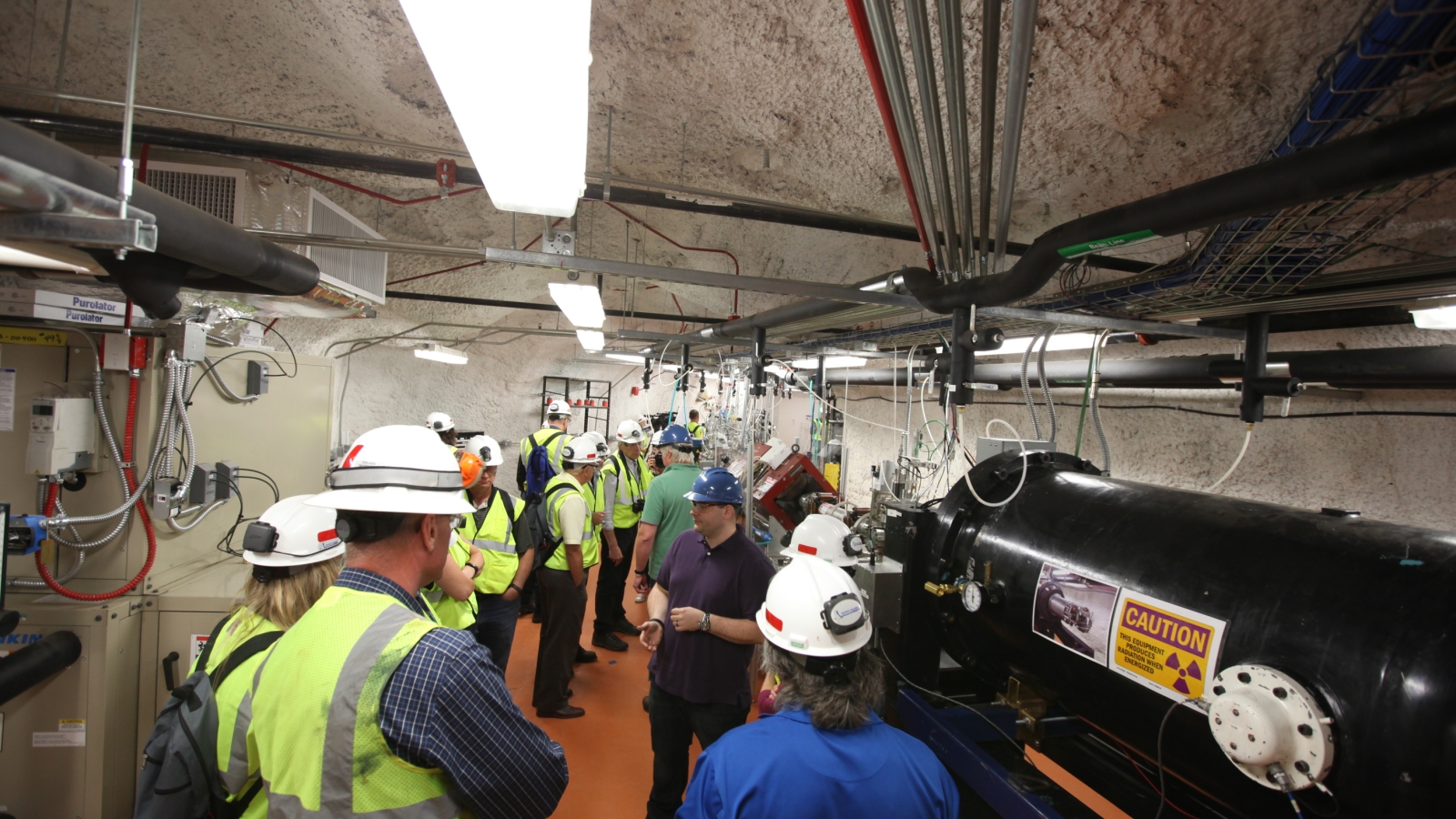 Nearly two years after the CASPAR collaboration (compact accelerator system for performing astrophysical research) began moving into its home on the 4850 Level of Sanford Lab, it celebrated a huge milestone: first beam.

“This is a great step forward,” said Frank Strieder, an associate physics professor of physics at South Dakota School of Mines and Technology. “We’ve prepared for this for years. It’s exciting moment to have it running and to see the first beam.

“But we have to also give credit to the people who worked outside the doors,” said Strieder, the principal investigator for CASPAR. “If you can imagine, all of this equipment came down in the Yates shaft with the help of Sanford Lab staff. These are incredible people who work very hard, they supported us in every way to make this happen.”

Dan Robertson, a research assistant professor with Notre Dame, said it was a special day for the collaboration.

“Seeing the beam for the first time was really cool—the pay off for the work,” said Dan Robertson, a research assistant professor with Notre Dame. “Today we get to share this accomplishment with other people.”

Researchers with CASPAR hope to recreate the nuclear fusion processes responsible for energy generation to better understand how stars burn and what elements they create while doing so.

CASPAR is one of only two underground accelerators in the world. The other has been operating for more than 25 years at the Laboratory for Underground Nuclear Astrophysics (LUNA) in Gran Sasso, Italy.

“Installing and operating accelerators underground is a considerable challenge,” said Michael Wiescher, Freimann Professor of Nuclear Physics at the University of Notre Dame. “CASPAR is unique since it covers a broader energy range than the LUNA accelerator. It allows us, for the first time, to explore reactions of stellar helium burning, which take place in stars like Betelgeuse, at laboratory conditions.

CASPAR's 50-foot long accelerator uses radio-frequency energy to produce a beam of protons or alpha particles from hydrogen or helium gas. The ions enter the accelerating tube, which is kept at high vacuum, then are directed down the beamline using magnets. The particles crash into a target, releasing the same neutrons that fuel the nuclear reactions in stars and produce a large amount of the heavy elements.

With the achievement of first beam, the collaboration is ready to begin full operations.

“This team worked really hard to make this happen,” said Elizabeth Freer, who served as CASPAR’s project manager for four years. “It’s really exciting to see the whole team get to this point,”

Manoel Couder, an assistant professor of physics at Notre Dame, agrees. “Two years ago when we were moving in, it was like Christmas. Today, it’s like second Christmas! Now, the science starts.”

How do accelerators work?

The mood was almost festive in the CASPAR cavern. 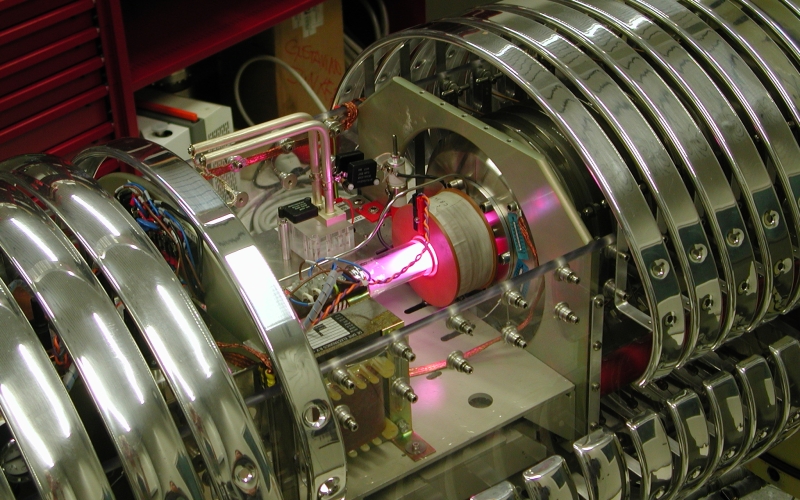 As a young man, Frank Strieder was fascinated with astrophysics, reading every book he could find and taking high-level co