A cheerful career at Sanford Lab 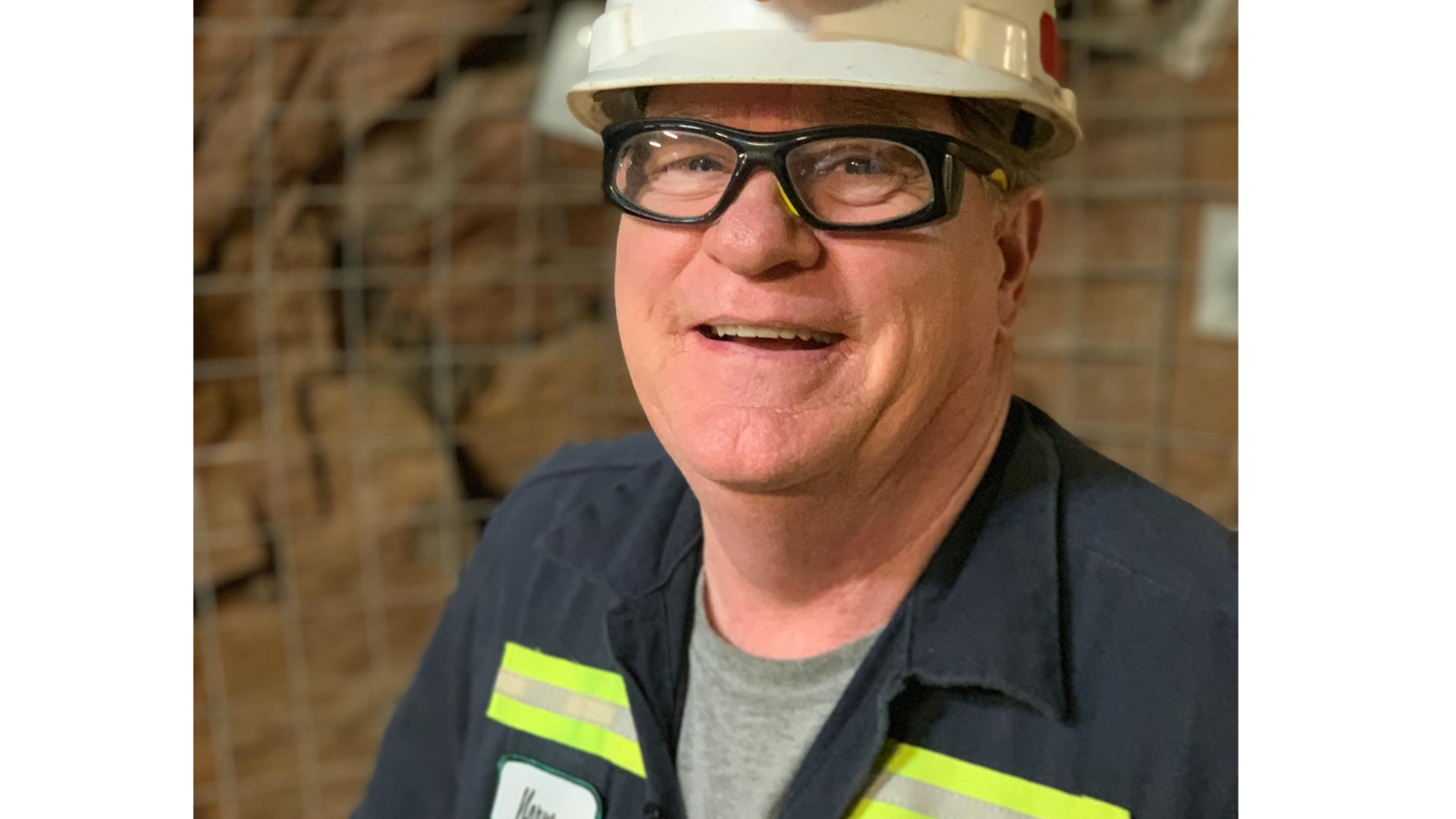 Norm Mason reflects on a lifelong career in the underground facility, working for Homestake Gold Mine and preparing the 4850 Level for science for Sanford Underground Research Facility.

This month, Norm Mason retired from Sanford Underground Research Facility (Sanford Lab). Between working at Homestake Gold Mine, contributing to the effort to reopen the facility for science and his role as an industrial electrician at Sanford Lab, Mason dedicated more than four decades to the underground facility. His coworkers, many of whom have become close friends, say the light-hearted cheer that Mason always brings to the job will be missed.

“Norm is a great guy to be around. He’s always cheerful, knows everybody and everybody knows Norm. He keeps the work atmosphere really light,” said Shane Heydon, electrical, cyber and dewatering foreman at Sanford Lab.

“He can really brighten up everybody's day—a very positive person and great to be around,” said Tim Baumgartner, director of facility infrastructure at Sanford Lab. With a laugh, Baumgartner added, “Norm has always been known as a bit of a practical joker.”

When asked about this reputation, Mason simply said, “If I can make someone smile, that makes my day.”  To which a nearby friend replied, “Well, the one smiling usually isn’t the one you’re messing with!” Chuckles rippled through the room, and Mason smiled sheepishly, before sharing more about his lifelong career at the facility.

From Homestake to Sanford Lab

Mason grew up nearby and had close ties with Homestake. His mother Barbara worked in the Homestake hospital as a nurse’s aide, his father Donald was a mine boss and his brother Bill worked as a mine electrician.

From 1974 until 2003, Mason worked in many roles throughout the facility. He began as a laborer, “helping out wherever needed,” and would go on to work as a hoist oiler, a cager in the Yates Shaft and an underground electrician. Eventually, he began working in the Radio Shop where he became a dispatcher. In the final years of Homestake’s operation, Mason was one of only four dispatchers who monitored systems around the facility.

“We took care of the pumps, monitoring and controlling the water levels in the mine, the hydroelectric plants in Spearfish Canyon and the water for the City of Lead, all of these things we monitored through the computer systems,” Mason explained.

In 2003, after mining operations had ceased and Barrick Gold Corporation turned off the pumps in the underground, Mason remembers locking up on his final day at the Ross Hoistroom. “I was the last one to leave, so I locked the door behind me. It was tough to do,” Mason said.

Even after the facility closed, Mason stayed in the Black Hills. “It's just such a beautiful place,” Mason said. “It's kind of a laid-back area, where you don't have the rush of everywhere else.”

When the Homestake property was selected as the future site for an underground science facility, Mason was one of the first workers back onsite. First as a contractor with Dynatec and later as an employee of Sanford Lab, Mason helped bring life back to the facility.

This was no easy task. The water pumps had sat idle for years, and the deep levels of the mine had slowly filled with water. Before anyone could access the 4850 Level, Mason helped rework the pumps and begin the dewatering process. He then helped get feeders back in place and substations reinstalled throughout the underground—reenergizing the facility for science.

During his career at Sanford Lab, Mason’s extensive knowledge of the facility has been a valuable asset to the team.

“Norm has been involved with this project since the beginning,” Baumgartner said. “As an industrial electrician, Norm is very knowledgeable about the existing, as well as the new, infrastructure we have here.”

Now, Mason is looking forward to retirement. His plans include home improvement projects and ice fishing with his son—although, he’s not sure how well he’ll handle the cold. He also added he plans to do “a lot” of golfing.

“How much golfing is a lot?” asked a friend.

“I guess I’m about to find out!” Mason replied.