Each year, a select group of undergraduate students from South Dakota are awarded the unique opportunity to participate in the most sophisticated scientific research in the world. Davis-Bahcall scholars receive an all-expense paid experience that impacts their future and benefits them for the rest of their careers. Many will continue into STEM-related professions. Some will even journey back to where they first became inspired by the science they encountered as Davis-Bahcall scholars. 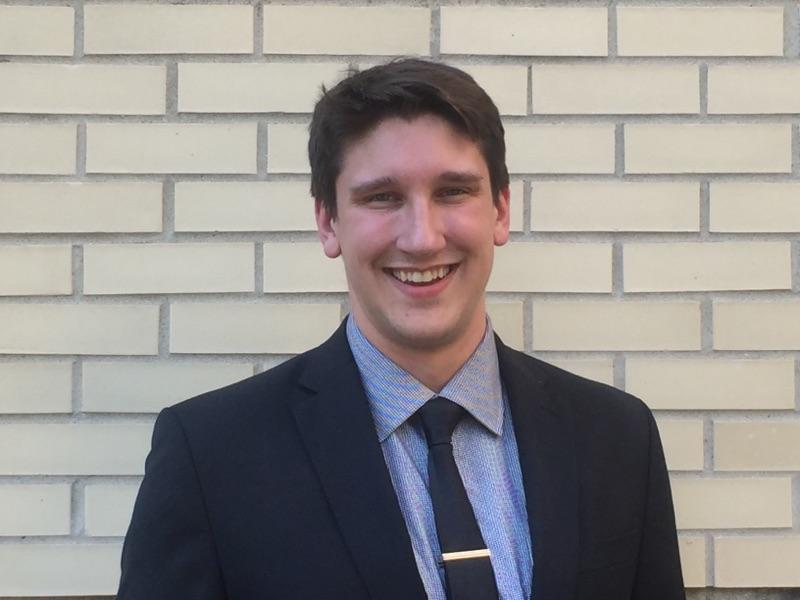 One former Davis-Bahcall scholar has made a full-circle journey back to Sanford Lab as a Ph.D. Candidate at the University of Notre Dame. Bryce Frentz was learning about the beginnings of the Compact Accelerator System for Performing Astrophysical Research (CASPAR) experiment when he visited in 2010 as part of the program. Now, he is working on the experiment as a graduate student.

“The last time I was able to see the mine, they were still pumping out the water on the 4850 level,” he said. “Now, it’s indistinguishable from any other world-class laboratory I've seen.”

This year, eight scholars will embark on a roundtrip tour of various research facilities around the world. The group started at the Sanford Underground Research Facility on June 4, 2017, and will stay for two weeks. The travelers will then visit Argonne National Lab and Fermilab in the U.S., followed by visits to the Teramo Observatory and the Laboratori Nazionali del Gran Sasso in Italy. Then it’s back to Sanford Lab to assist with Neutrino Day and cap off the program with presentations about their experiences.

Frentz credits his time as a Davis-Bahcall Scholar with his motivation for going into physics.

“Physics is hard and requires a lot of patience and self-motivation. The program helped me keep the end-goal in mind so that I could persevere through the tough times.”

Alex Wiley said that the exposure to world-leading science she discovered a passion for travel. A junior with a double major in chemistry and physical science at Black Hills State University, Wiley was a 2016 Davis-Bahcall Scholar.

“You learn about other cultures and see a different way of living that you don’t see by staying home,” Wiley said. “I think traveling has a lot to offer someone and I hope that I can travel to other countries in my lifetime.”

She also had a humbling experience when visiting Gran Sasso in Italy. “You entered the lab from a highway under a mountain, and everything was so large,” she said. “It was a privilege to be able to experience something so neat as an undergraduate student.”

Witnessing the daily work of leading researchers around the world, gives scholars an idea of what a career in science could be like, both Frentz and Wiley said. And that’s a big deal.

“I know too many people who didn't know themselves well enough to specialize or learn skills they'd later need,” Frentz said. “They took a job they now hate or went to grad school because they didn't know what they wanted. Scientists should enjoy what they are doing”

Many people played a role in inspiring Frentz’s love for science. He credits his family, friends, and teachers for encouraging his questions and explorations as a child. For those who say they hated physics in high school, Frentz said, “You wouldn’t feel that way if you’d had my teachers.”

His advice for those just starting their journey into science? “You are good enough. You are smart enough. You're here because you've worked hard and people believe in you. Nobody wants to see you fail. Everyone is trying to help you be better than they were. It will be tough … but what matters is that you recognize your worth and your ability."

Looking back at the journey he has made from a Davis-Bahcall Scholar to a graduate student returning to the CASPAR experiment, one thing really sticks out.

“We were given the famous Carl Sagan quote, ‘we are all star stuff,’” Frentz said. “Hydrogen, Helium and Lithium were the only elements formed in the big bang. Everything else was made in stars and introduced to the universe in the death of stars. So we all share a common, noble ancestry in the heavens. By studying the stars we can learn more about the universe and our place in it.”

Through Sanford Lab's Davis-Bahcall Scholars Program, students experience a once-in-a-lifetime learning opportunity that takes them around the world.
Full Details