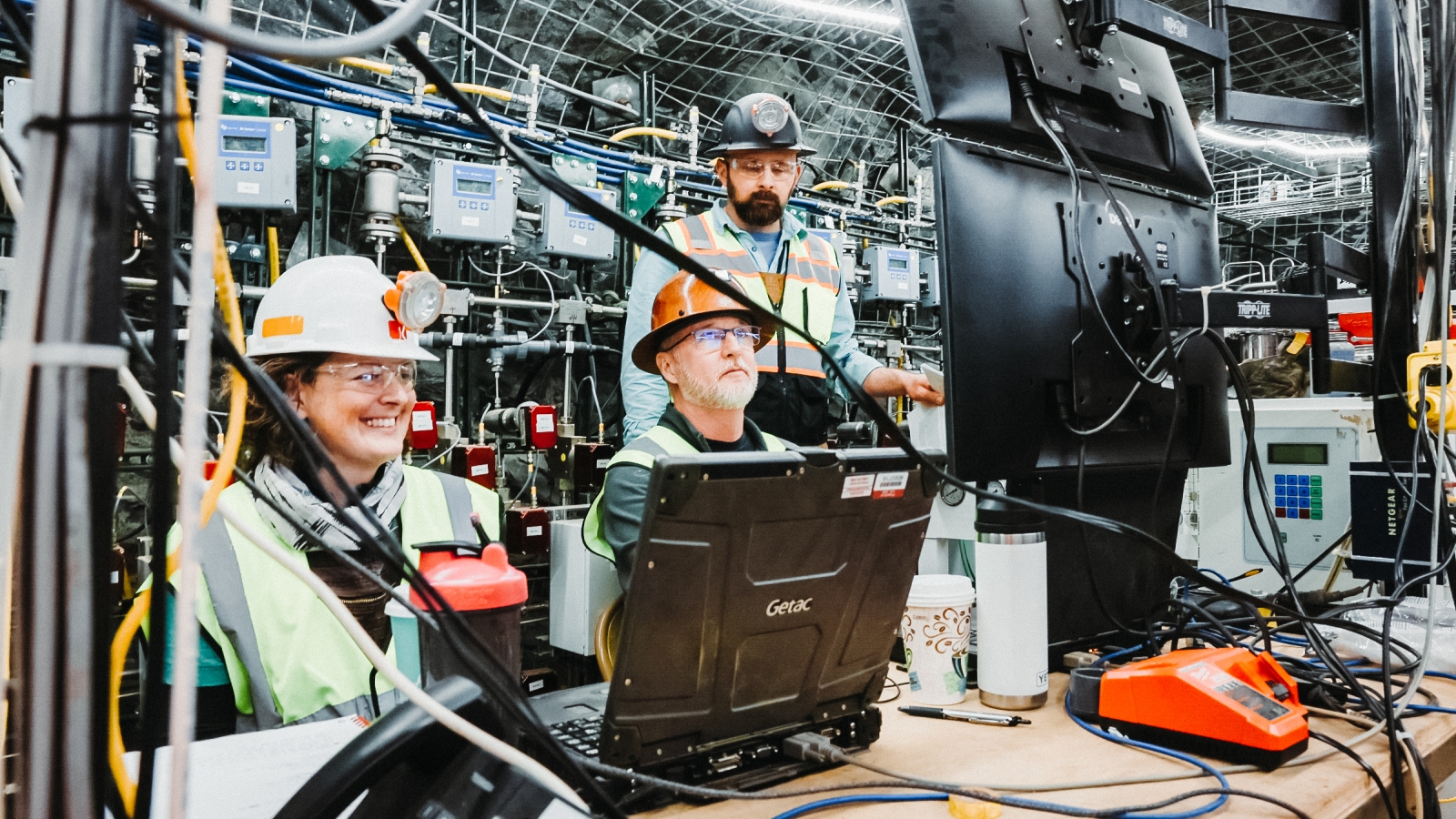 In geothermal systems, water flows through permeable pathways in deep, hot rock formations, gaining heat through direct contact with the rock. Though the U.S. has an abundance of hot rock, the rock is often too tight, offering little to no passage for water.

Funded by the Department of Energy’s Geothermal Technologies Office, the EGS Collab seeks to “enhance” permeability in rock formations by opening existing fractures or creating new fractures. But first, they want to answer some questions: How quickly should fractures be opened? Is it better to prop fractures open or to shear the rock? And how long will geothermal reservoirs last before the hot rock begins to cool?

The EGS Collab has been investigating these questions at SURF since 2017.

“Having access to rock at this depth, under this level of stress, and being able to instrument the rock so carefully—this is really a unique opportunity,” said Jeff Burghardt, lead geomechanic at Pacific Northwest National Laboratory (PNNL).

First on the 4850 Level, and later on the 4100 Level, the group created “testbeds.” Researchers drilled boreholes deep into the rockface and outfitted the boreholes with a dense array of sensors and instrumentation to stimulate and monitor the rock.

These testbeds won’t produce geothermal energy—they are meso-scale, measured in meters rather than kilometers, and the rock isn’t hot enough to fuel a true geothermal system. But with direct access to deep subsurface rock, EGS Collab can test a variety of rock stimulation methods they hope will inform field-scale geothermal systems elsewhere.

To fracture or to shear?

The first method the EGS Collab wanted to vet was “hydraulic fracturing.” From 2017 to 2020, researchers tested this method on the 4850 Level. In several boreholes, the team injected pressurized water to create fractures in the rock, then continued applying pressure to keep the fractures propped open.

“With hydraulic fracturing, the fracture wants to close as soon as you take the pressure off. That’s not very efficient, because the pressure you’re providing keeps growing and growing,” explained Hunter Knox, geophysicist and PNNL’s EGS Collab lead.

Last month, the EGS Collab attempted a different method at the 4100 Level testbed. Called “hydraulic shearing,” this method seeks to stimulate a preexisting fracture, causing it to open and shift. If the rough edges of the rock catch on each other, the fracture remains propped open, even after the initial pressure is removed.

“We’d much rather have the rock naturally propped open,” Knox said. “That reduces the pressure, which makes the system safer and more efficient.”

First, researchers injected just three milliliters of water per minute—hardly a trickle. Eventually, they increased the rate to 0.4 liters per minute. Nearly 24 hours passed before the mounting pressure formed a fracture.

“This slow, low injection rate tends to favor stimulating natural, existing fractures in the rock,” Burghardt said. “We want to know if we can use this method to create a more complex network of fractures. With more complex networks, the fluid takes a longer path, touches more surface area and captures more heat.”

During the second experiment, researchers picked up the pace. They started by injecting one liter of water per minute, then steadily increased to five liters per minute, forming a fracture in less than an hour. “This jump to a high injection rate should create a simple, flat, planar fracture,” said Burghardt.

Will the heat last?

The other question EGS Collab wants to tackle is the longevity of geothermal reservoirs.

“Water heats up as it flows through the rock. If we flow water through fast enough, for long enough, eventually the water will cool the rock along the whole fracture,” Burghardt said.

This cooling effect, called “thermal breakthrough,” puts an expiration date on geothermal reservoirs. To justify the construction of a field-scale enhanced geothermal system, researchers need to understand just how long that system will last. Soon, EGS Collab will pump water continuously through the testbed, tracking the temperature as the rock slowly cools.

Modeling for the future

So, what’s the best way to create an enhanced geothermal system?

It will take a while to answer that question. For every day of experimentation, the EGS Collab collects an average of 6 terabytes of data. “This is a physical experiment, but you can describe everything that's happening numerically,” said Mark White, staff mechanical engineer at PNNL.

“We build numerical models that describe the flow of the water through the fractures,” White said. “We use these models to make forecasts about what we think is going to happen in the experiment and to make predictions about fracture migration and propagation.”

EGS Collab’s experiments at SURF are a good way to validate these models—and to poke holes in them. “We don't always get it right,” White said. “Mother Nature always surprises us. And then we have to rethink the mathematics or the physics and incorporate that back into the model.”

The data and knowledge collected from EGS Collab’s investigation will be applied at the Frontier Observatory for Research in Geothermal Energy, known as Utah FORGE. A flagship DOE geothermal project, Utah FORGE is a kilometer-scale field laboratory in Milford, Utah — a full-scale analog to the ten meter-scale EGS Collab testbeds at SURF.

“We hope that EGS Collab’s research can contribute to making the U.S. more energy independent and can help provide clean, renewable energy across the country,” Knox said.

The EGS Collab has previously been referred to as SIGMA-V at SURF. 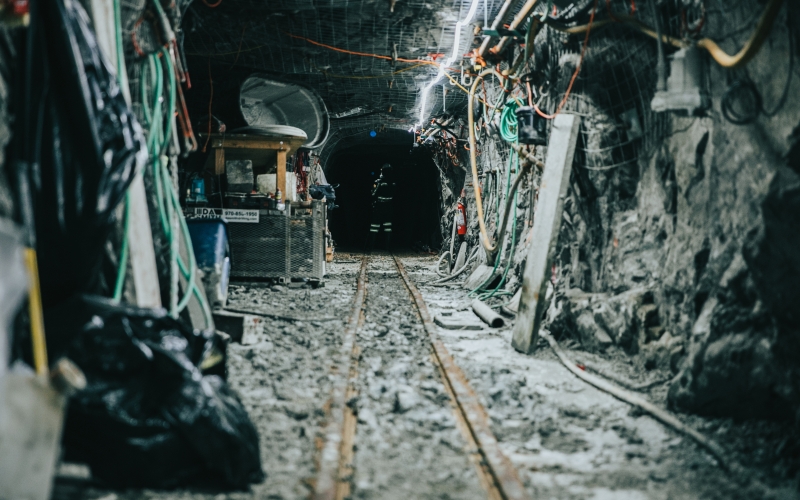 To advance geothermal systems, EGS Collab maps the hidden fractures behind a wall of rock

Through core evaluation and wireline geophysical logs, researchers map the unseen rifts and fractures hidden within the rock
Full Details