4,000 miles below the surface, temperatures reach nearly that of the sun's surface—9,932 degrees Fahrenheit
Constance Walter 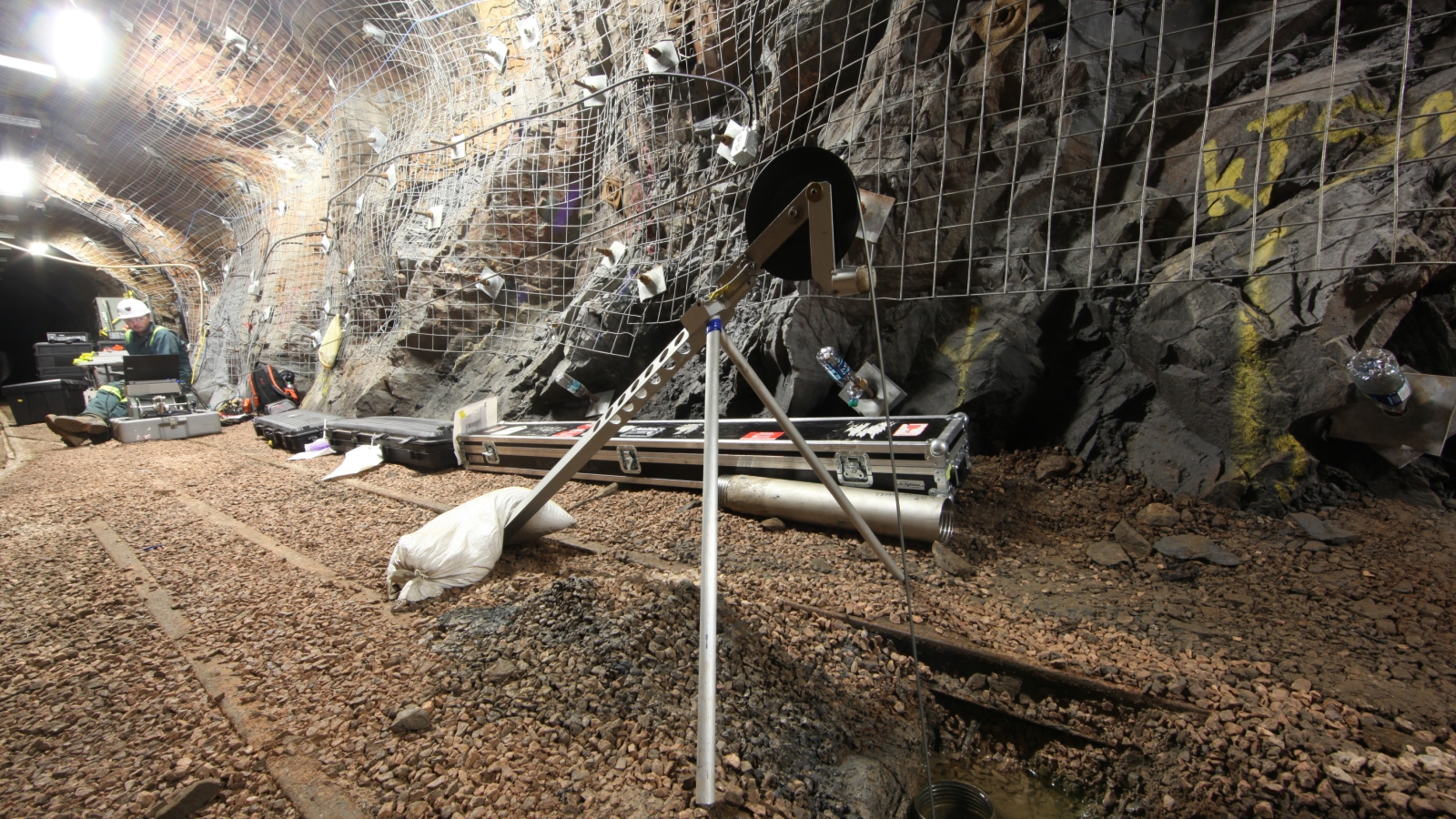 On the 4850 Level of Sanford Lab, scientists with kISMET (permeability (k) and Induced Seismicity Management for Energy Technologies) drilled and cored five 50-meter deep boreholes. Led by Curtis Oldenburg and Patrick Dobson of Lawrence Berkeley National Lab, the team is trying to better understand the relationship between the rock fabric and fracturing as a way to tap into and use the earth's heat as an energy resource.

"We hope to develop permeability enhancement techniques that can improve our ability to extract heat from geothermal reservoirs," Oldenburg said. "The best way to engineer permeability is to fracture the rock." These engineered geothermal systems are call Enhanced Geothermal Systems, or EGS.

At about 4,000 miles below the surface, the Earth's temperature is nearly that of the sun's surface—9,932 degrees Fahrenheit. Closer to the surface, temperatures are dramatically cooler, but remain warm enough to be a potential source of renewable energy. According to the Department of Energy (DOE), EGS technology has the potential to access these vast resources of heat as a way to meet the energy needs of the United States.

After drilling the boreholes, the kISMET team lowered an optical televiewer into each hole. A camera takes continuous photos of the borehole walls, which helps the scientists determine intervals to target for fracturing. Other tools are "parked" inside the boreholes to record and monitor several things.

"Primarily, we want to understand the effects of the stress state, rock fabric and existing fractures in the rock," Oldenburg said. The stress state controls the orientation and development of fractures, both natural and man made, while rock fabric refers to the non-isotropic character of the rock. The rock at Sanford Lab tends to have a fairly strong fabric, Oldenburg added, making it cleave, or split, along one plane.

To create fractures within the borehole, scientists injected water at 4,000 psi. The key to extracting geothermal energy, Oldenburg said, is to create just the right amount of permeability to capture the heat—too much and the water won?t heat up during the flow from injection to production wells.

"Our kISMET project will help inform how to develop EGS sites," Oldenburg said.

But the team is also looking to better understand seismicity within deep crystalline rock. ?Induced seismicity, or fracturing, has become a serious issue in some parts of the country,? Oldenburg said. He credits that to the disposal water that is produced.

"Through our highly controlled water injection experiments, we will be able to improve our ability to detect and locate microseismicity in deep crystalline rock."