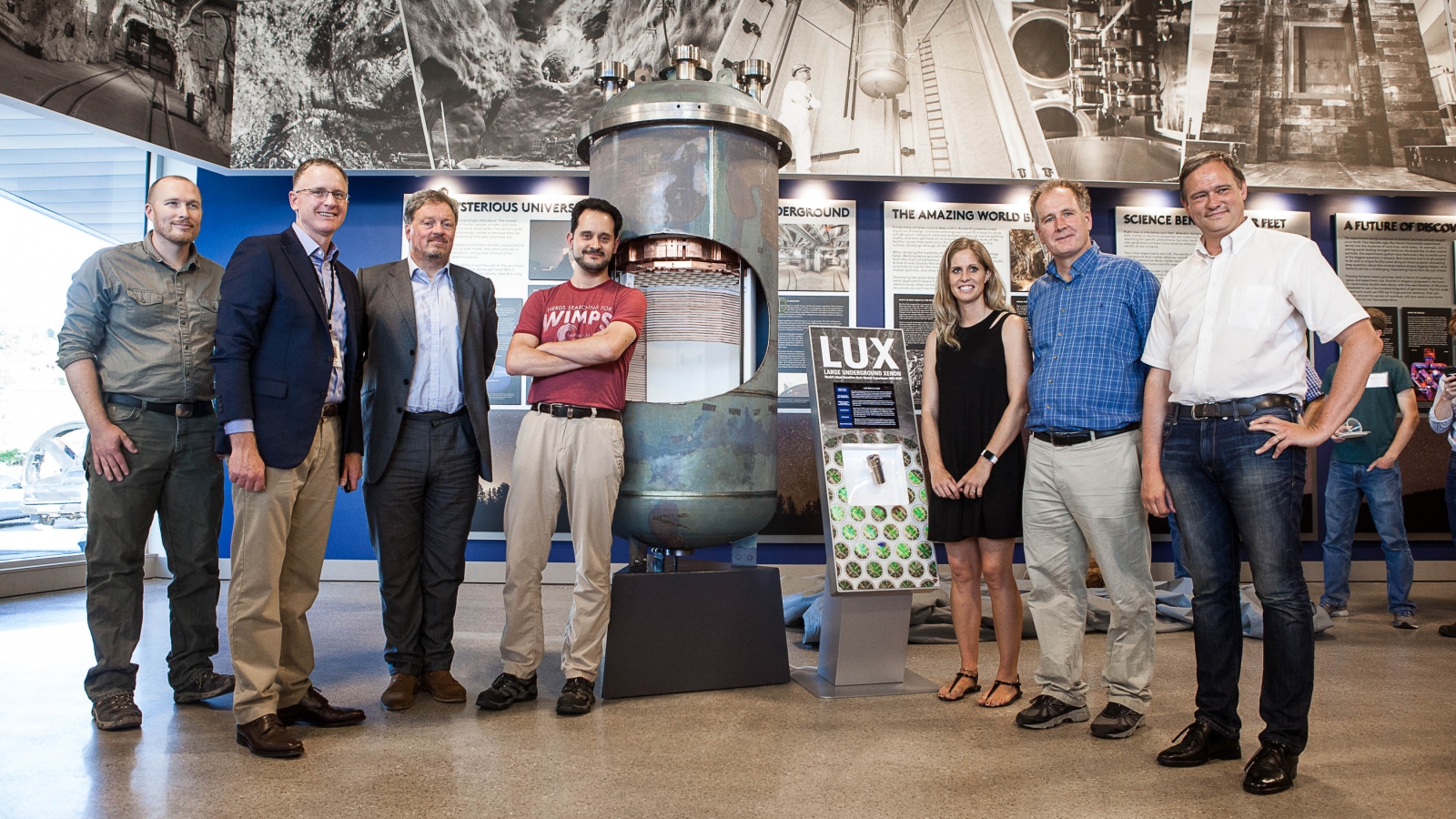 On July 18, researchers unveiled the new exhibit to an excited crowd of people eager to see the kiosk and the actual LUX detector used during the experiment from 2012 to 2016. Scientists were enthusiastic to share how the project came to be and to have the community be able to visually appreciate the components of the experiment.

The detector itself is comprised of titanium chambers that housed the internal components that collected the scientific data. The detector was placed inside a large tank filled with purified water located a mile underground at the Sanford Underground Research Facility to shield it from cosmic rays. Pure water will leach any minerals it can find and this is why the outside chamber now appears multi-colored in contrast to the bright, shiny gray color it started out as in 2012.

Scientists cut out “windows” to enable people to view the inside of the detector. There are colorful photomultiplier tubes (PMTs), copper grids, white Teflon plates and a depiction of the wire grids that were vital to the success of the experiment.

Next to the detector is an interactive kiosk with a touchscreen that explains the history of the LUX detector and all of the associated parts that are shown in the exhibit. Users can learn about the search for WIMPs (weakly interacting massive particles), how the experiment worked and why this research is important.

Also on prominent display in the kiosk is an actual PMT, which are the most sensitive devices to locate light. Their sensitivity to light allows them to measure and count photons with flashes of light created by interactions inside of the detector.

The LUX detector was ultimately successful. While it did not find the elusive WIMPs that it was searching for, the experiment eliminated more possibilities for what dark matter could be than anyone else at that time.

With the success from this experiment the researchers can now take their experience and knowledge and apply it to the next generation of dark matter detection in the upcoming LUX-ZEPLIN (LZ) experiment. Until then, visitors can enjoy the LUX exhibit on display as they gaze upon the equipment of the past and anticipate the discoveries of the future.