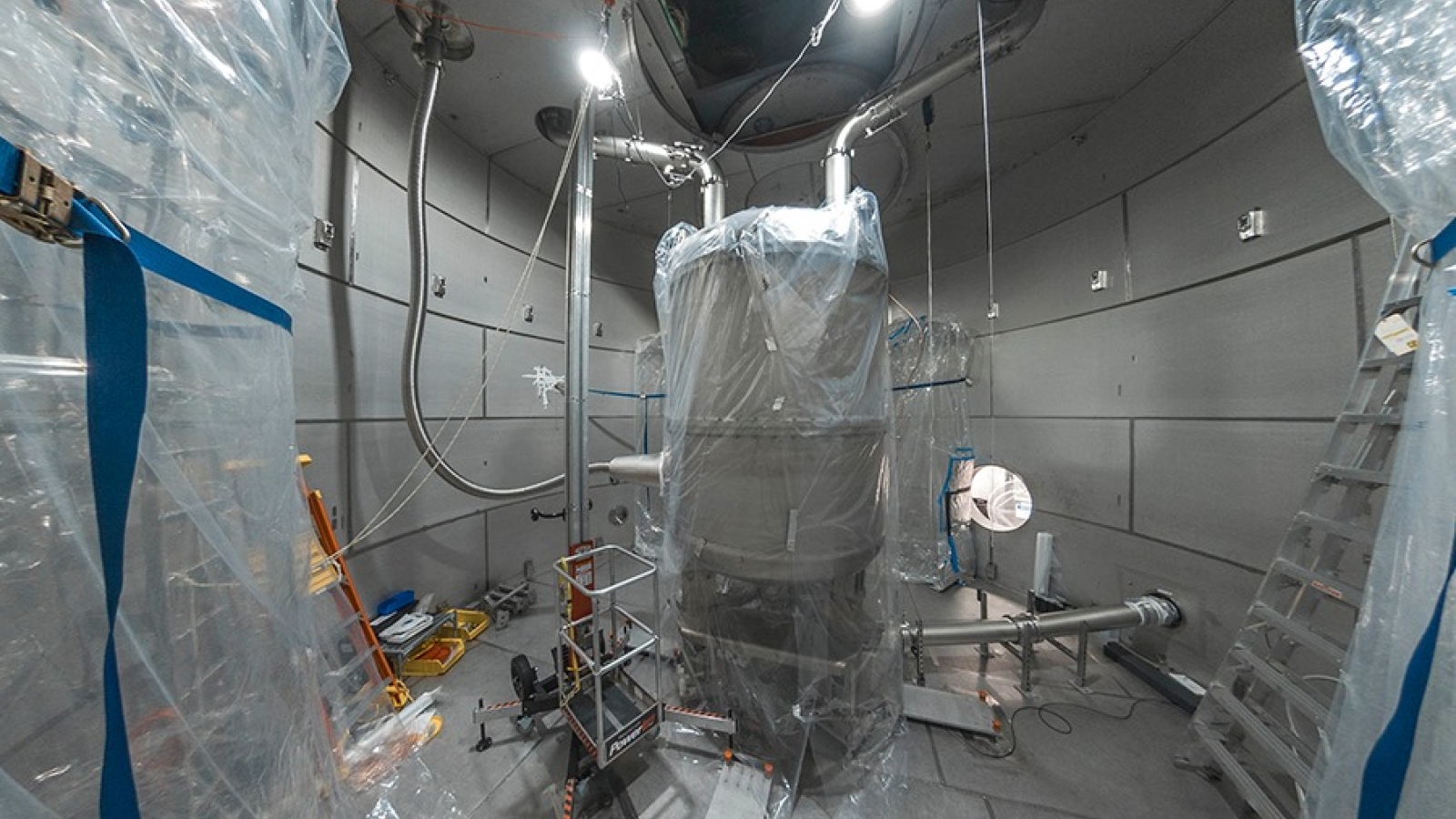 The LUX-ZEPLIN dark matter detector is under construction on the 4850 Level of the Sanford Underground Research Facility. This photo, taken in early 2020, shows the sealed inner detector inside the water tank.

Crews working on the largest U.S. experiment designed to directly detect dark matter completed a major milestone last month, and are now turning their sights toward startup after experiencing some delays due to global pandemic precautions.

U.S. Department of Energy officials on Sept. 21 formally signed off on project completion for LUX-ZEPLIN, or LZ: an ultrasensitive experiment that will use 10 metric tons of liquid xenon to hunt for signals of interactions with theorized dark matter particles called WIMPs, or weakly interacting massive particles. DOE’s project completion milestone is called Critical Decision 4, or CD-4

Dark matter makes up an estimated 85 percent of all matter in the universe. We know it’s there because of its observed gravitational effects on normal matter, but we don’t yet know what it is. LZ is designed to detect the two flashes of light that occur if a WIMP interacts with the nucleus of a xenon atom

“We are completing commissioning of the detector – the testing phase – and will be looking at LZ data next year,” said Simon Fiorucci, LZ operations manager and a physicist at the DOE’s Lawrence Berkeley National Laboratory (Berkeley Lab), which is the lead institution for the LZ collaboration.

LZ is installed nearly a mile below ground at the Sanford Underground Research Facility (Sanford Lab) in Lead, South Dakota. Its depth provides natural shielding against the constant shower of cosmic rays at the Earth’s surface, which are a source of background particle “noise” that could drown out the WIMP interaction signals scientists are searching for. LZ is also built from components that have been individually selected and tested to be low in naturally occurring radiation that could also complicate the search

Mike Headley, executive director of Sanford Lab, said, “The entire Sanford Lab team congratulates the LZ Collaboration in reaching this major milestone. The LZ team has been a wonderful partner and we’re proud to host them at Sanford Lab. We’re looking forward to LZ data collection next year.”

The response to the COVID-19 pandemic led Sanford Lab to reduce its operations to only those deemed essential on March 25, and the site began a transition back toward increased operations on May 6. Berkeley Lab and other institutions in the LZ collaboration had also reduced their operations in response to the coronavirus. Sanford Lab, and LZ project workers, were fortunate in being able to resume work quickly, Fiorucci noted.

He noted that xenon-purifying activities at SLAC National Accelerator Laboratory had been temporarily delayed due to COVID-19-related reductions. Xenon purified at SLAC will be shipped to Sanford Lab and converted to liquid xenon for the LZ experiment.

“We’ve made decent progress despite all of these complications,” he said. “We’d managed to maintain a workforce at Sanford Lab and at SLAC, and to keep things going at least at 80 percent speed. By June we were back at nominal speed, and have been back in that mode since.”

Even so, COVID-19 risks persist, and Fiorucci noted that workers continue to adhere to safety protocols to reduce these risks. During this commissioning phase, there are about 15-20 LZ workers split into two shifts at Sanford Lab, Fiorucci said, and he expects that level of staffing to hold through the end of this year.

Now that CD-4 has been achieved, Fiorucci said it’s exciting to have the finish line in sight.

“We are getting a lot less engineering – and a lot more science – in the mix,” he said. “It’s certainly exciting and thrilling.” He noted that members of the collaboration have been in this position before: LZ’s predecessor, the LUX experiment, was also installed and operated in the same underground research cavern at Sanford Lab.

But this time it’s different.

“We’ve certainly done this before, but never at this scale,” he said. LUX used about one-third of a metric ton of liquid xenon, while LZ will have 10 metric tons of liquid xenon and will be about 100 times more sensitive to dark matter particle interactions. “We are going into the unknown now.”

This article was originally published by Lawrence Berkeley National Laboratory.

Founded in 1931 on the belief that the biggest scientific challenges are best addressed by teams, Lawrence Berkeley National Laboratory and its scientists have been recognized with 14 Nobel Prizes. Today, Berkeley Lab researchers develop sustainable energy and environmental solutions, create useful new materials, advance the frontiers of computing, and probe the mysteries of life, matter, and the universe. Scientists from around the world rely on the Lab’s facilities for their own discovery science. Berkeley Lab is a multiprogram national laboratory, managed by the University of California for the U.S. Department of Energy’s Office of Science.

DOE’s Office of Science is the single largest supporter of basic research in the physical sciences in the United States, and is working to address some of the most pressing challenges of our time. For more information, please visit energy.gov/science. 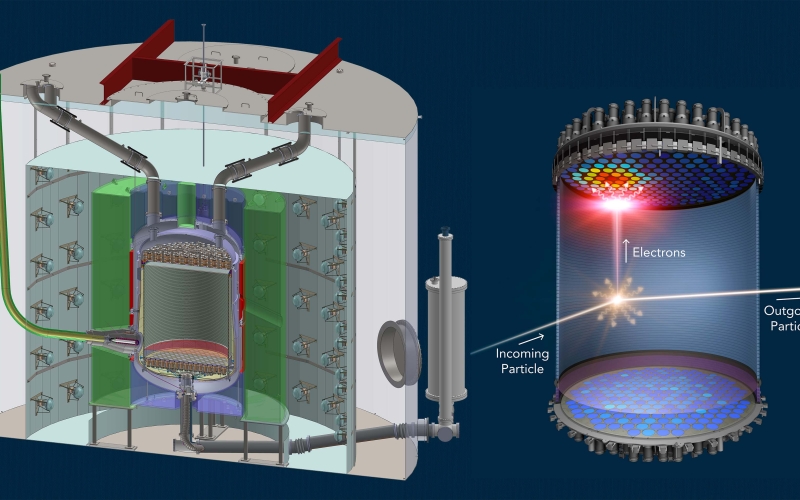