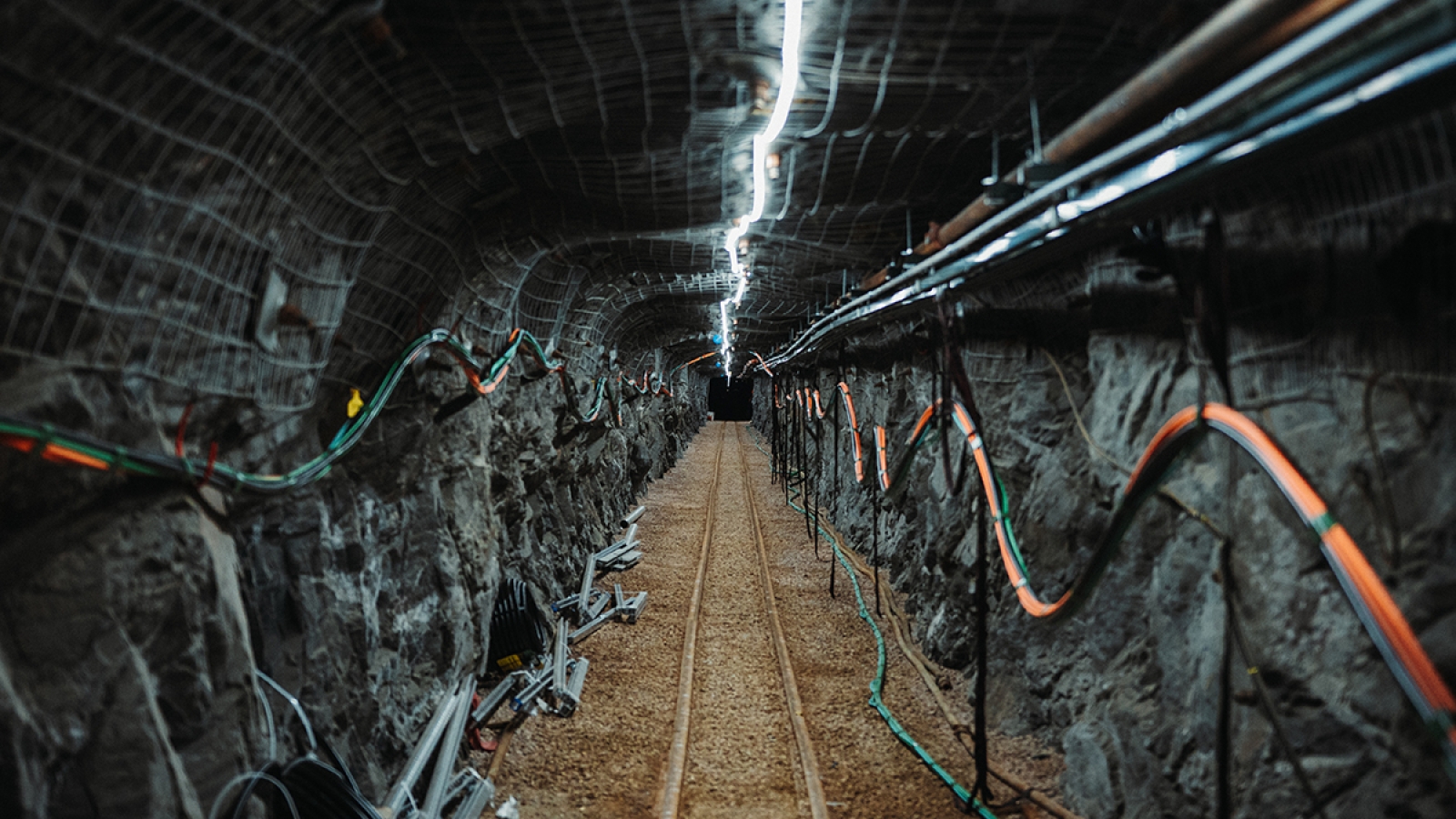 The ground beneath our feet is awake with a constant, imperceptible tremor. Induced by traffic, construction, earthquakes, even water running above and below ground, this incessant “seismic noise” is difficult to escape. But at the Sanford Underground Research Facility (SURF), the seismic soundscape is muted.

“What’s unique about this facility is that it’s away from the surface wave noise of the Earth. It’s a very quiet place,” said Neal Lord, geoscience instrumentation technologist at the University of Wisconsin-Madison (UW-Madison).

“Rather than laying the fiber along a single axis, we’re going up and down, north and south, east and west—taking advantage of that geometry,” Lord said.

“This was our opportunity to demonstrate a new application of the technology in an underground, three-dimensional array,” said Herb Wang, professor emeritus at UW-Madison and co-principal investigator (PI) on the project. An Air Force Research Laboratory project, the 3D DAS is led by Stanford University and includes industry partners and seven universities.

A spiral of information

In early 2022, the 3D DAS collaboration with SURF science and IT support created their array by snaking five kilometers of fiber optic cable from a starting point near the Yates Shaft on the 4100 Level, across the level to the Ross Shaft. The cable ran down the Ross Shaft, then onto the 4550 Level and along the ramp system, which connects to lower levels in a corkscrew shape.

Then, the fiber was connected to an interrogator. In a DAS system, the interrogator sends tens of thousands of light pulses along the cable every second. The light zips from one end to the other, ferrying data back to the interrogator.

“The instruments are very sensitive to vibrations,” said Andres Chavarria, technical director at OptaSense, the industry partner that provided an interrogator for 3D DAS. “When there’s a disturbance in the vicinity of those fibers—seismic waves, temperature fluctuations, a small stretch or nano strain—it will change the way the light propagates in these fibers. The instruments detect those variations in light pulses along the way.”

When the 3D DAS array was switched on in May 2022, light pulsed through the underground racetrack, detecting every small twinge and quiver in the fiber. In just 18 days, the array collected over four terabytes of data.

Since the 18-day run ended, Erin Cunningham, postdoctoral researcher at UW-Madison, has begun the process of sifting through the terabytes of information. What had she noticed? SURF wasn’t so quiet after all.

The footsteps of researchers walking along the fiber, the rattle of motorcars and cages traveling on tracks and through shafts, blasts from excavation work occurring on deeper levels of the facility, a distant earthquake in Argentina—all these tremors were detected by the 3D DAS system. The quiet background at SURF made seismic signals that did occur, stand out.

“Right now, the main goal is to organize the data, so that everyone who is interested can begin looking at and using the data set to learn more about the 3D system,” said Cunningham.

“Traditionally, you have to place individual, localized seismographs,” said Dante Fratta, associate professor of geological engineering at UW-Madison and 3D DAS co-PI. “You could create an array with millions of individual seismographs, but that would be quite expensive. With fiber optic cable, every meter of the fiber is a sensing point. The density of the sensing is the advantage of the technique.”

And while traditional seismographs need individual power sources, DAS systems require just one power source for every 50 kilometers of fiber.

“One of the big advantages of using digital distributed acoustic sensing is the preexisting fiber everywhere throughout the United States,” Lord said. This “dark fiber” is extra, yet unused fiber installed alongside telecommunications lines, could be exploited with DAS technology.

As summed up by a couplet written by Wang: “Seismology using light. / Its future is very bright.”

But before large-scale implementations can be made, researchers have questions. What is the best way to couple the fiber to the rock it monitors? What are the strongest array processing techniques? How does a 3D array enhance DAS’ capabilities?

Robust data sets, like those produced by 3D DAS, will help them find answers.