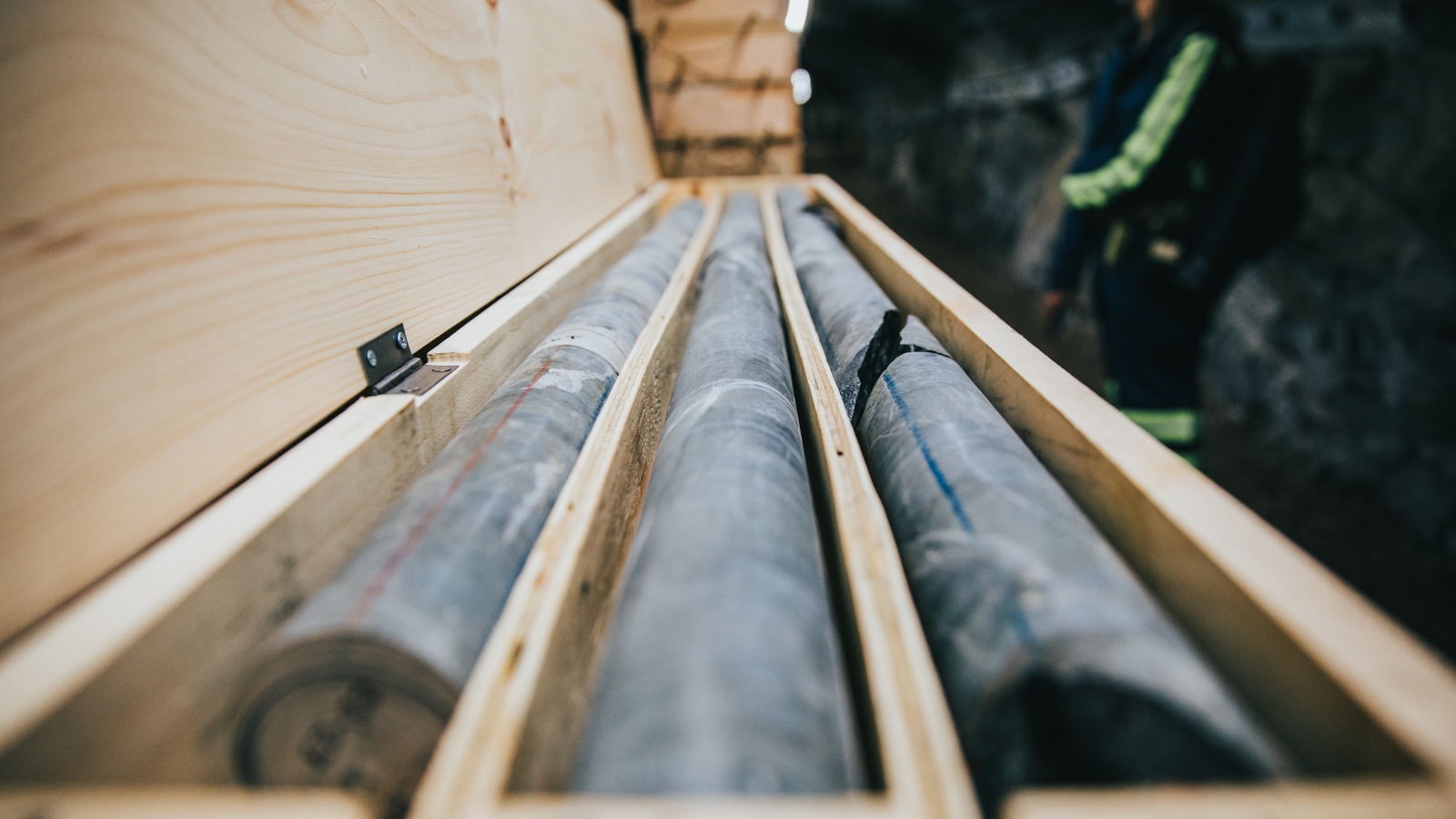 Core samples, drilled from the drifts of SURF, contain colonies of microscopic life.

When first learning about the Sanford Underground Research Facility, it can help to imagine it as a vast, inverted apartment complex. Experiments move into the large, underground caverns. And SURF provides the usual amenities: electricity, running water, elevator maintenance, radon mitigation, liquid nitrogen deliveries and, of course, shielding from cosmic rays.

But amidst the facility’s 370 miles of tunnels, shafts and drifts, there is one group of tenants who pay no rent at all. At SURF, billions of microorganisms—known to biologists as “extremophiles” for their ability to carve out a living far from sunlight and with limited oxygen—live deep underground.

This summer, a research group from South Dakota Mines retrieved a core sample—a smooth cylinder of grey rock—from 4,100 feet below of the surface of SURF. Under a microscope, it wriggled with SURF’s hardiest inhabitants.

From this sample, the research group hopes to find a microbe with a distinct set of characteristics that could help store excess greenhouse gases deep underground.

While extremophiles have slowly evolved to withstand their adverse habitat, scientists are on a mission to keep the Earth’s atmosphere as hospitable as possible. And so, a global effort is underway to store carbon dioxide emissions in deep underground reservoirs. One promising method to keep it locked in place is called “carbon mineralization.”

“Carbon dioxide gas is captured from the atmosphere, then pumped in liquid form deep into underground rock formations,” said Bret Lingwall, a geotechnical, bio-geotechnical and earthquake engineering researcher at Mines. Deep underground, a chemical reaction transforms the CO2 into a stable, solid carbonate mineral—effectively trapping it for millennia.

But this process has a severe limitation: speed.

The crippling pace of the method’s chemical reaction is measured—not in weeks or months—but in years. Currently, the largest carbon mineralization project on Earth can sequester 10,000 tons of CO2 each year—barely a drop in the bucket when climatologists measure carbon emissions by the gigaton (one billion tons).

Meanwhile, Earth is in a bit of a rush.

For carbon mineralization to have an effect, the process desperately needs some added speed.

“What we are trying to do is to accelerate that timescale from a couple of years to a couple of weeks,” Lingwall said. “How we propose to do that is through microbial acceleration.”

Scientists have identified certain microbes that, at the surface, produce enzymes that can greatly accelerate carbon mineralization. “However, these microbes can’t stand the temperatures, pressures and acidic pH of the deep subsurface,” Lingwall said.

At depths of 4 to 8 kilometers, pressures are intense and temperatures climb to 60-90 degrees Celsius. While these conditions are ideal for carbon storage, they aren’t hospitable to most microbes.

But most microbes weren’t born on the 4100 Level of SURF.

Rajesh Sani, a microbiologist with the Mines research group, has studied various SURF extremophiles for 15 years. In that time, he’s worked with “thermophiles,” a type of extremophile that can survive temperatures from 54 to 70 degrees Celsius.

Sani will examine the gene expressions of microbes found in the core sample. “This process will give us an idea of how these microorganisms function, what are they eating, how they are breathing, how they are producing biomass, and how they are interacting with rock samples underground,” Sani said.

It will also help researchers determine if SURF’s extremophiles can produce the sought-after enzyme that hastens carbon mineralization.

“Our project will sample and survey extremophiles from SURF, looking at their enzymatic genes to determine if any of them have the right profile to both survive deep underground and accelerate carbon mineralization,” Lingwall said.

While the team’s microbiologists are sifting through microbial samples, other researchers are trying to establish just how quickly carbon mineralization takes place without extremophiles.

“Currently these types of experiments were replicated in the field, but not in laboratory environment. When you are conducting large scale investigations in the field, you are limited to the conditions that field site can offer,” said Gokce Ustunisik, a petrologist and high-temperature geochemist at Mines. “The beauty of experimental work is that you are the one—not Mother Nature—putting the controls on the system. You systematically change parameters, so that you can right away see the contribution of each parameter in a multi-component system.”

For Ustunisik, who studies the formation and evolution of the Moon, Mars and Earth, those parameters are quite low. In her experimental petrology lab, Ustunisik can easily replicate conditions comparable to the Earth’s lower crust and upper mantle, where temperatures begin at 1,400 degrees Celsius.

But for this research, both the microbes and the deep subsurface create strict limitations for each other. The extremophiles must be hardy enough to survive the upper limits of life, while the rock formations must be deep and vast enough to store gigatons of carbon, without killing the extremophiles.

The key is finding an overlap.

Many questions will guide the next phase of the research: Can SURF extremophiles accelerate the carbon mineralization process? If so, by how much? Can they adapt to different rock environments? Or are they limited to their native rock formations?

The effort, funded by the National Science Foundation, brings together experts in geology, engineering, chemistry, petrology and microbiology.

“The real innovation here is the bringing together of a team of different backgrounds to study this new, interesting, complex problem in a different way,” Lingwall said.

The current NSF grant supports two years of initial research. If, by the end of that period, the experiment’s results are promising, a larger experiment will be undertaken.

And, perhaps, these extremophiles might be worth their back rent after all. 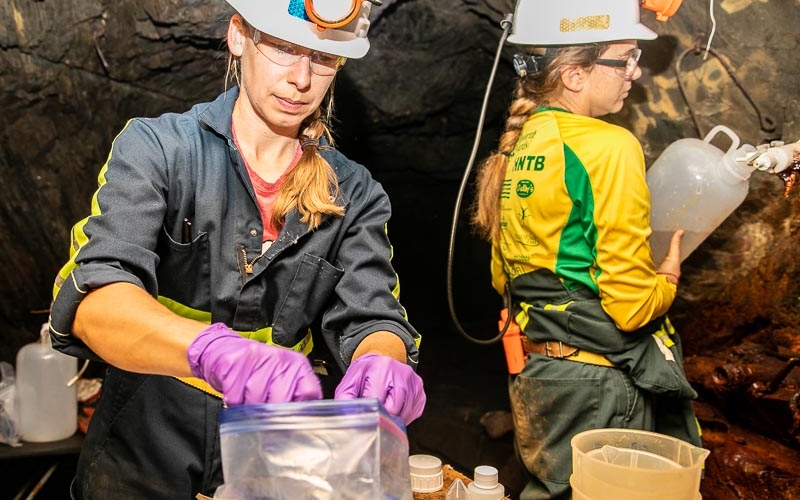 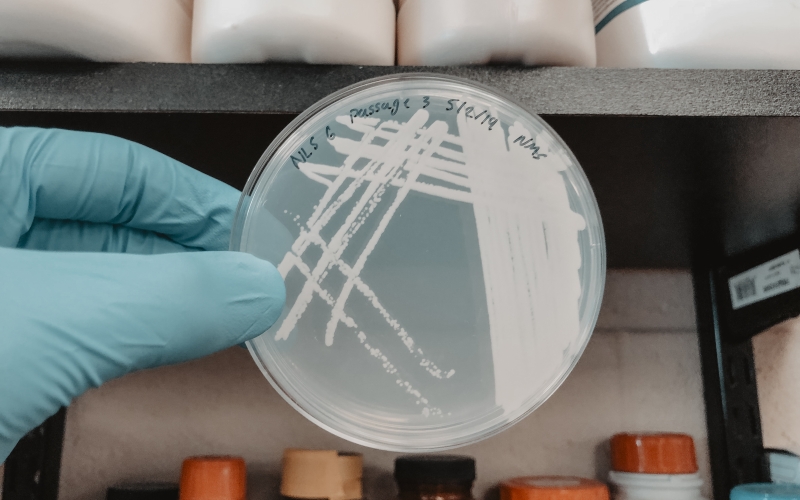 The touchy science behind achieving a pure, thriving culture of methanotrophs
Full Details