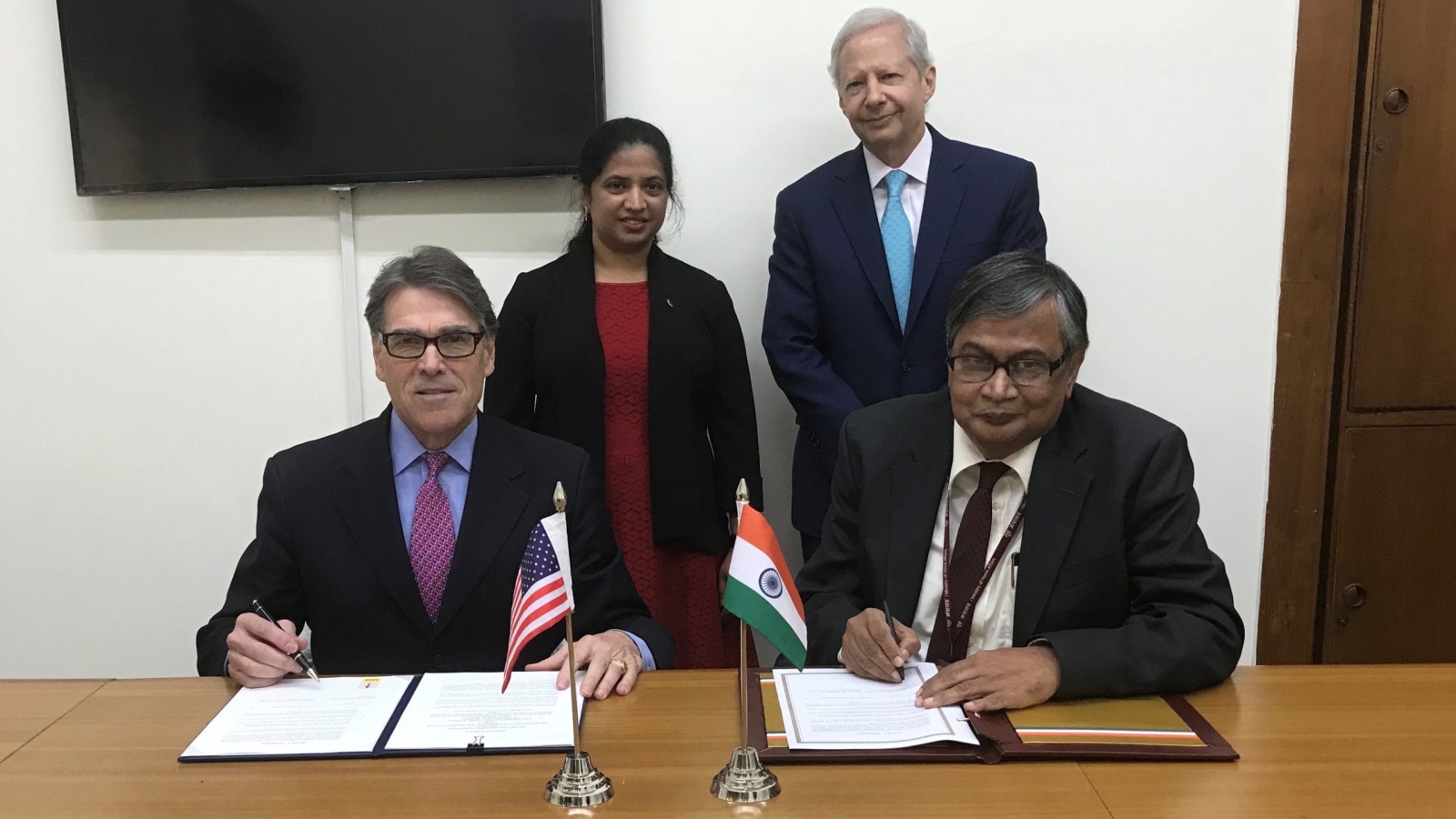 LBNF/DUNE brings together scientists from around the world to discover the role that tiny particles known as neutrinos play in the universe. More than 1,000 scientists from over 170 institutions in 31 countries work on LBNF/DUNE and celebrated its groundbreaking in July 2017. The project will use Fermilab’s powerful particle accelerators to send the world’s most intense beam of high-energy neutrinos to massive neutrino detectors deep underground at the Sanford Underground Research Facility in Lead, South Dakota, that will explore their interactions with matter.

INO scientists will observe neutrinos that are produced in Earth’s atmosphere to answer questions about the properties of these elusive particles. Scientists from more than 20 institutions are working on INO.

“The LBNF/DUNE project hosted by the Department of Energy’s Fermilab is an important priority for the DOE and America’s leadership in science, in collaboration with our international partners,” said Secretary of Energy Rick Perry. “We are pleased to expand our partnership with India in neutrino science and look forward to making discoveries in this promising area of research.”

Scientists from the United States and India have a long history of scientific collaboration, including the discovery of the top quark at Fermilab.

“India has a rich tradition of discoveries in basic science,” said Atomic Energy Secretary Basu. “We are pleased to expand our accelerator science collaboration with the U.S. to include the science for neutrinos. Science knows no borders, and we value our Indian scientists working hand-in-hand with our American colleagues. The pursuit of knowledge is a true human endeavor.”

Under the new agreement signed today, U.S. and Indian institutions will expand this productive collaboration to include neutrino research projects. The LBNF/DUNE project will use the upgraded Fermilab particle accelerator complex to send the world’s most powerful neutrino beam 800 miles (1,300 kilometers) through the earth to a massive neutrino detector located at Sanford Underground Research Facility in South Dakota. This detector will use almost 70,000 tons of liquid argon to detect neutrinos and will be located about a mile (1.5 kilometers) underground; an additional detector will measure the neutrino beam at Fermilab as it leaves the accelerator complex. Prototype neutrino detectors already are under construction at the European research center CERN, another partner in LBNF/DUNE.

“Fermilab's international collaboration with India and other countries for LBNF/DUNE and PIP-II is a win-win situation for everybody involved,” said Fermilab Director Nigel Lockyer. “Our partners get to work with and learn from some of the best particle accelerator and particle detector experts in the world at Fermilab, and we benefit from their contributions to some of the most complex scientific machines in the world, including LBNF/DUNE and the PIP-II accelerator.”

INO will use a different technology — known as an iron calorimeter — to record information about neutrinos and antineutrinos generated by cosmic rays hitting Earth’s atmosphere. Its detector will feature what could be the world’s biggest magnet, allowing INO to be the first experiment able to distinguish signals produced by atmospheric neutrinos and antineutrinos. The DOE-DAE agreement enables U.S. and Indian scientists to collaborate on the development and construction of these different types of neutrino detectors. More than a dozen Indian institutions are involved in the collaboration on neutrino research.