Unlocking the mysteries of neutrinos

This ghostly particle could answer a lot of questions about the universe, including how the universe was formed and why we exist. 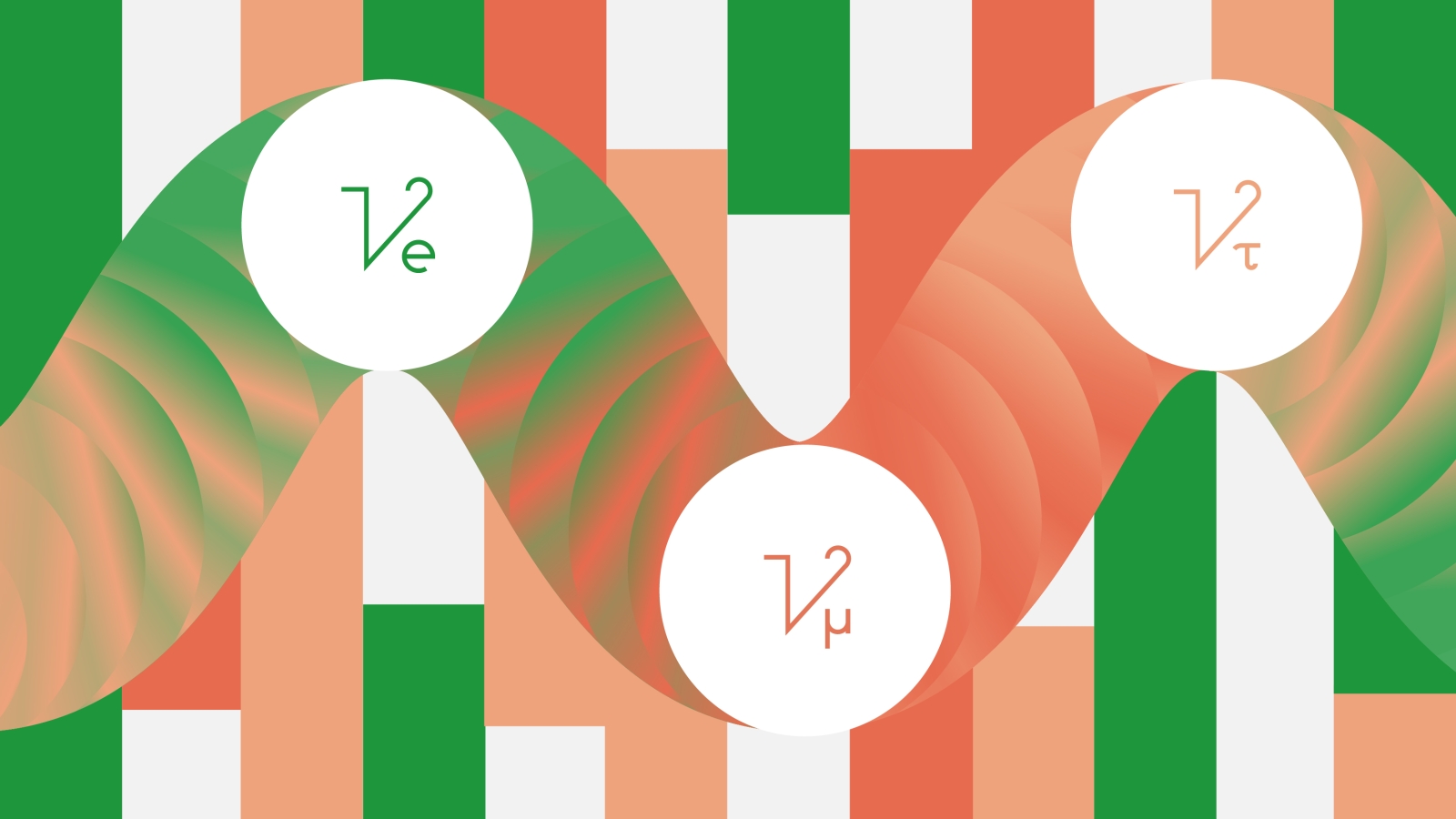 What do we know about neutrinos?

In the Standard Model of Particle Physics, neutrinos belong in the lepton family, fermions that make up matter. They are very tiny, have mass, travel near the speed of light and pass right through matter, making them very difficult to detect. They're also quite tricky. As they travel over long distances, they oscillate, changing types, or flavors, along the way. More than 60 years after they were first discovered, we still have so much to learn about these ghostlike particles. 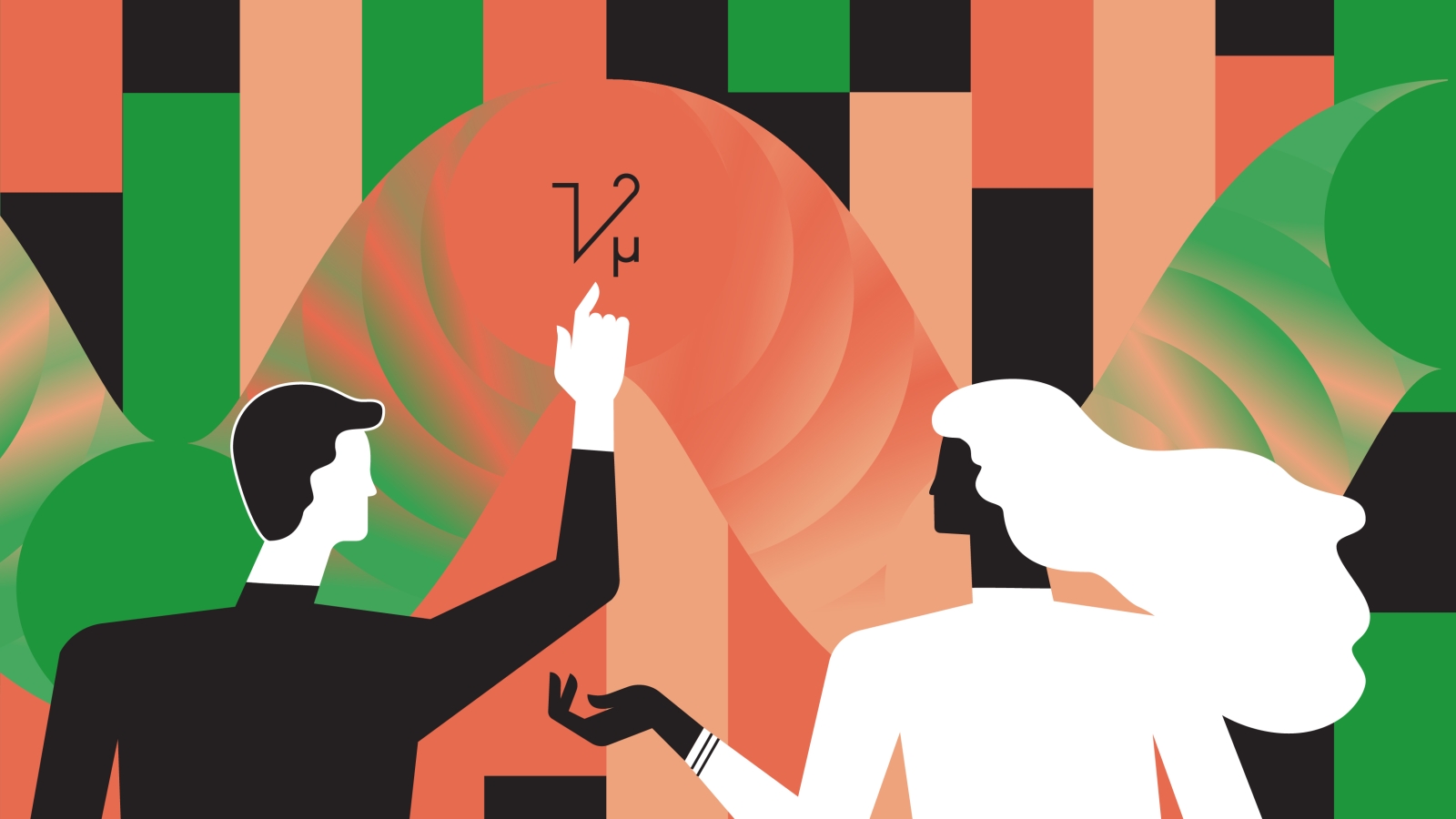 What we want to learn

What is the mass of a neutrino? Why do neutrinos oscillate, or change flavors, as they travel? Is the neutrino it's own antiparticle? What is the neutrino's role in the universe? What can neutrinos tell us about supernova and newly formed neutron stars? Several neutrino experiments around the world hope to answer these questions and more, including the Majorana Demonstrator Project and the Deep Underground Neutrino Experiment (DUNE), both located at SURF. 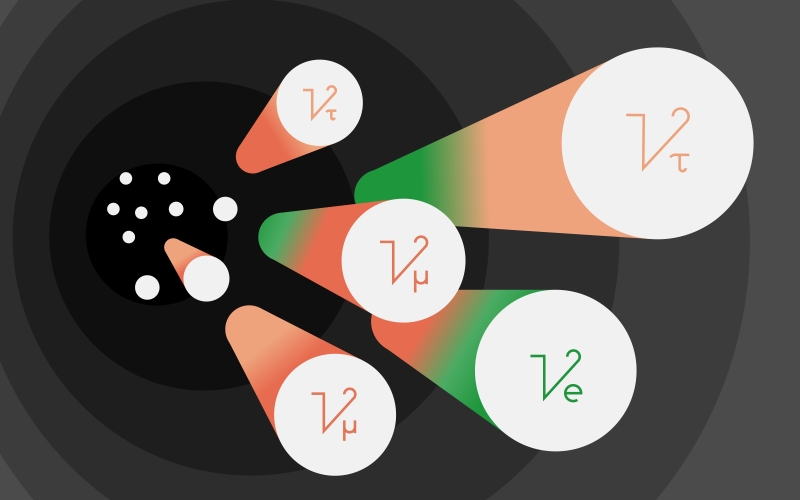 Neutrinos are among the most abundant and least understood of all particles that make up the universe. Because they have no charge, they interact only through the weak subatomic force and gravity. They pass right through matter—not even millions of miles of lead can stop them. These near massless particles were born soon after the birth of the universe and are constantly produced in nuclear power plants, particle accelerators, general atmospheric phenomena and during the births, collisions and deaths of stars.
3

Neutrinos change flavors as they travel through space, going from electrons to muons to taus—in no particular order.
100 TRILLION

The number of neutrinos that pass through you every second

We can't feel them or see them, but they are all around us. Unravelling the mysteries of neutrinos could tell us why matter triumphed over antimatter—and why the universe exists. 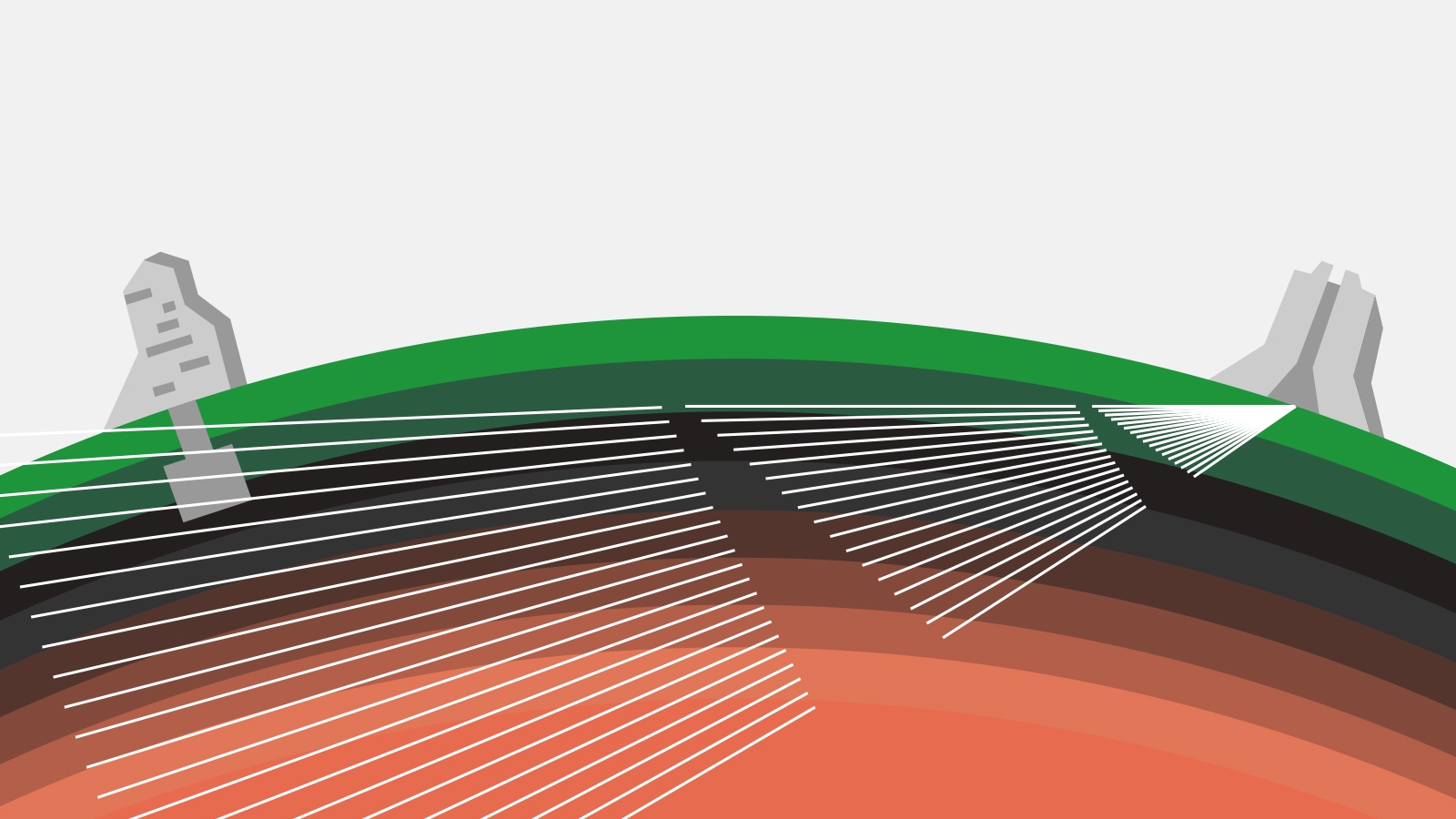 A neutrino beam that is shot through the earth

By exploring neutrino oscillations, scientists with the Deep Underground Neutrino Experiment (DUNE) hope to revolutionize our understanding of the role these tiny particles play in the creation of the universe. Using the Long-Baseline Neutrino Facility (LBNF), they'll shoot a beam of neutrinos from Fermilab in Batavia, Illinois, 800 miles through the earth to detectors deep underground at Sanford Lab in Lead, South Dakota. LBNF will provide the infrastructure at Fermilab and Sanford Lab to support the DUNE detectors. And should a core-collapse supernova occurs in the Milky Way, we just might be able to see inside a newly formed neutron star and, potentially, witness the birth of a black hole.
DUNE website 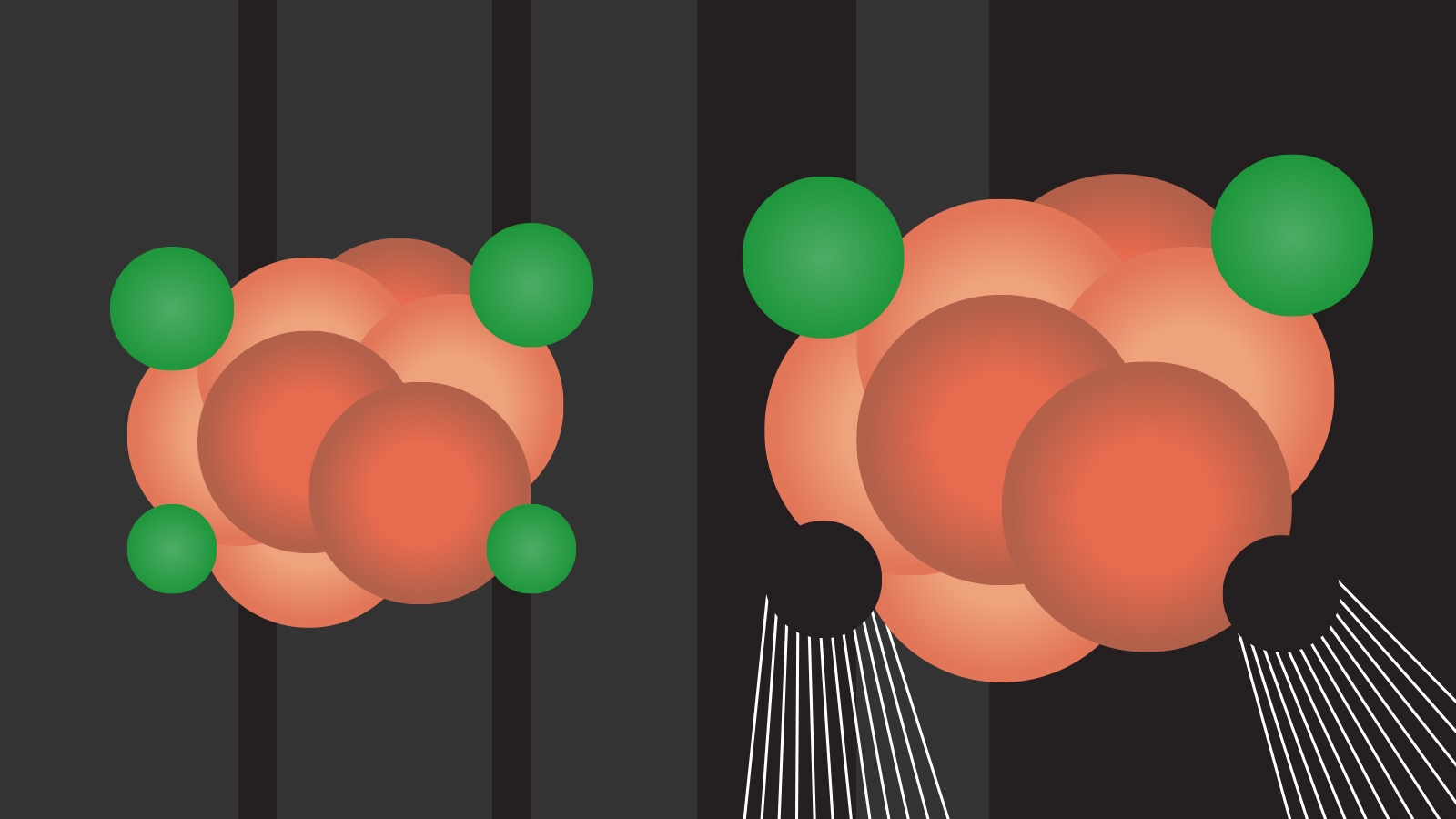 An experiment that looks for no neutrinos

When the universe first formed, it had equal parts of matter and antimatter. Somewhere along the line, matter triumphed and planets, stars, and, eventually, humans came into existence. Why did matter win? That’s one question researchers with the Majorana Demonstrator want to answer. They're looking for a Majorana particle, a mysterious fermion that is its own antiparticle. Their search for a rare form of radioactive decay, called neutrinoless double-beta decay, could tell us why matter exists. If they find the answer to this perplexing question, it will require rewriting the Standard Model of Particles and Interactions, our basic understanding of the physical world.
Netrinoless Double-Beta Decay animation

Majorana: Plans for the Future 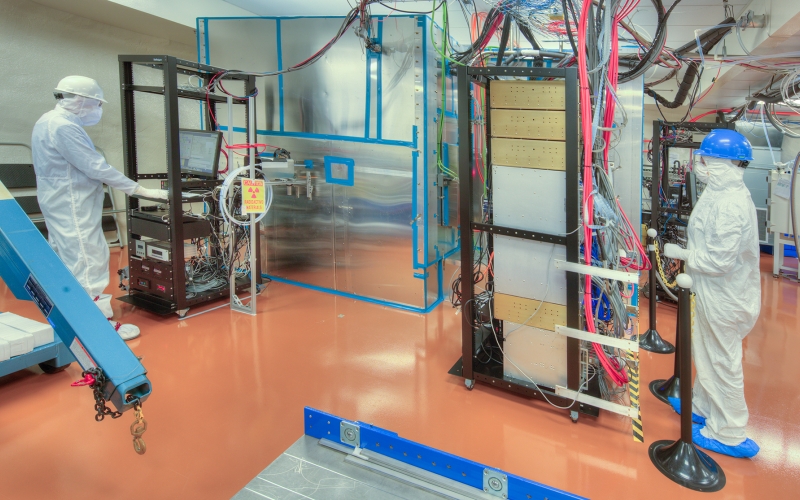