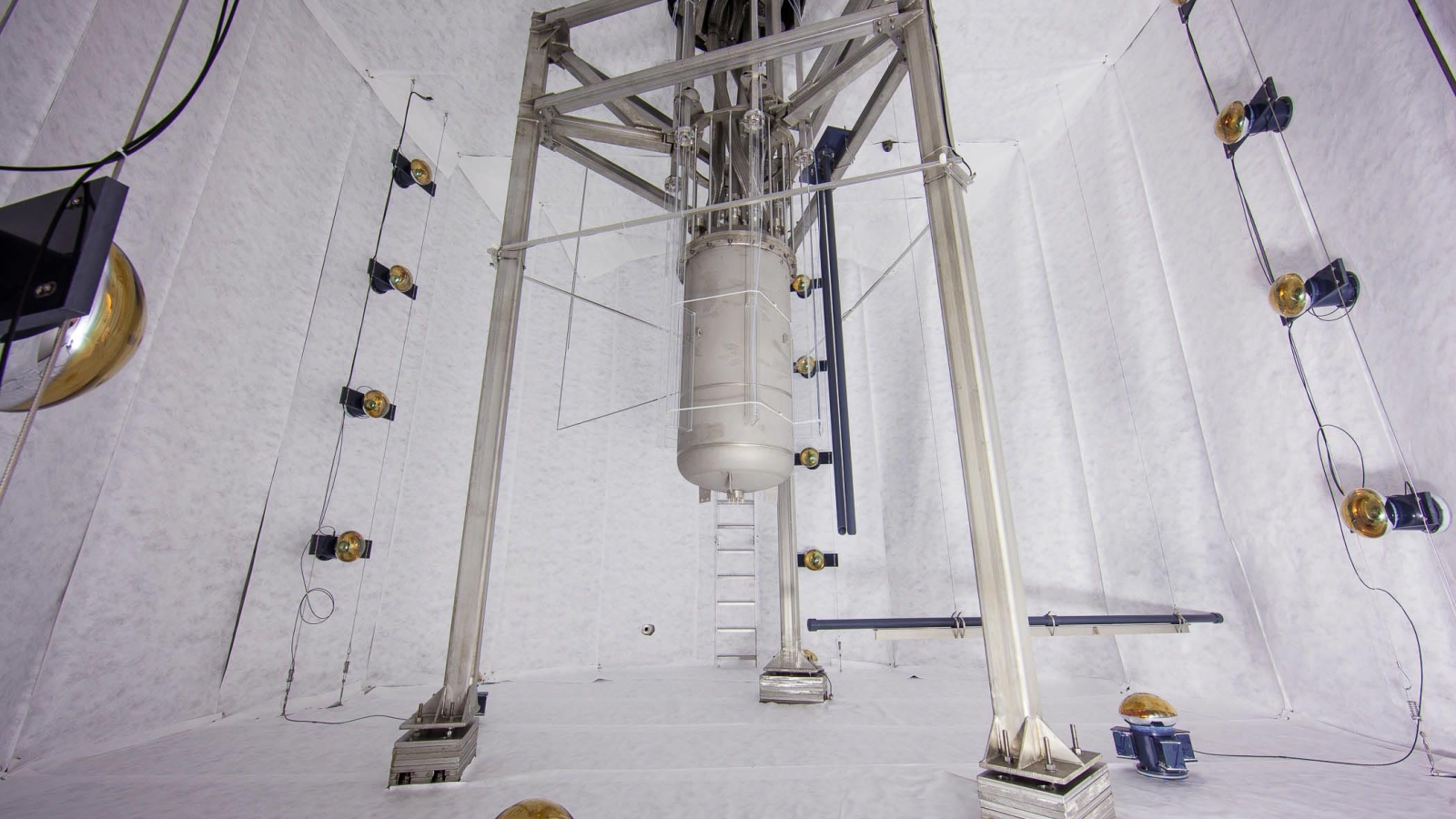 In July 2012, Large Underground Xenon (LUX) dark matter detector moved into the Davis Campus at the 4850 Level of the Sanford Underground Research Facility. Just over a year later, on October 30, 2013, LUX researchers announced they had the most sensitive dark matter detector in the world. No dark matter was found, but that didn't disappoint researchers. "This is only the beginning," said Yale physicist Dan McKinsey as he and his co-spokesperson, Brown physicist Rick Gaitskell, announced the results. "Now that we understand the instrument and its backgrounds, we will continue to take data, testing for more and more elusive candidates for dark matter."

The experiment is searching for dark matter in the form of WIMPs (weakly interacting massive particles), so-called because they rarely interact with ordinary matter except through gravity. Dark matter, observed only by its gravitational effects on galaxies and clusters of galaxies, is the predominant form of matter in the universe.

At the core of the experiment is a sophisticated vacuum thermos filled with ultra-pure liquid xenon, cooled to minus 160 degrees F. The liquid xenon bathes an array of photosensors, each capable of sensing a single photon of light. Researchers believe that when a WIMP strikes a xenon atom, the electrons are drawn upward by an electrical field and interact with a thin layer of xenon gas at the top of the detector, releasing more photons. The photosensors, located at the top and bottom of the detector, can detect a single photon so interactions can be pinpointed to within a few milliliters. The energy released can then be precisely measured from the brightness of the signals.

The LUX international collaboration includes 17 universities and laboratories. They are: