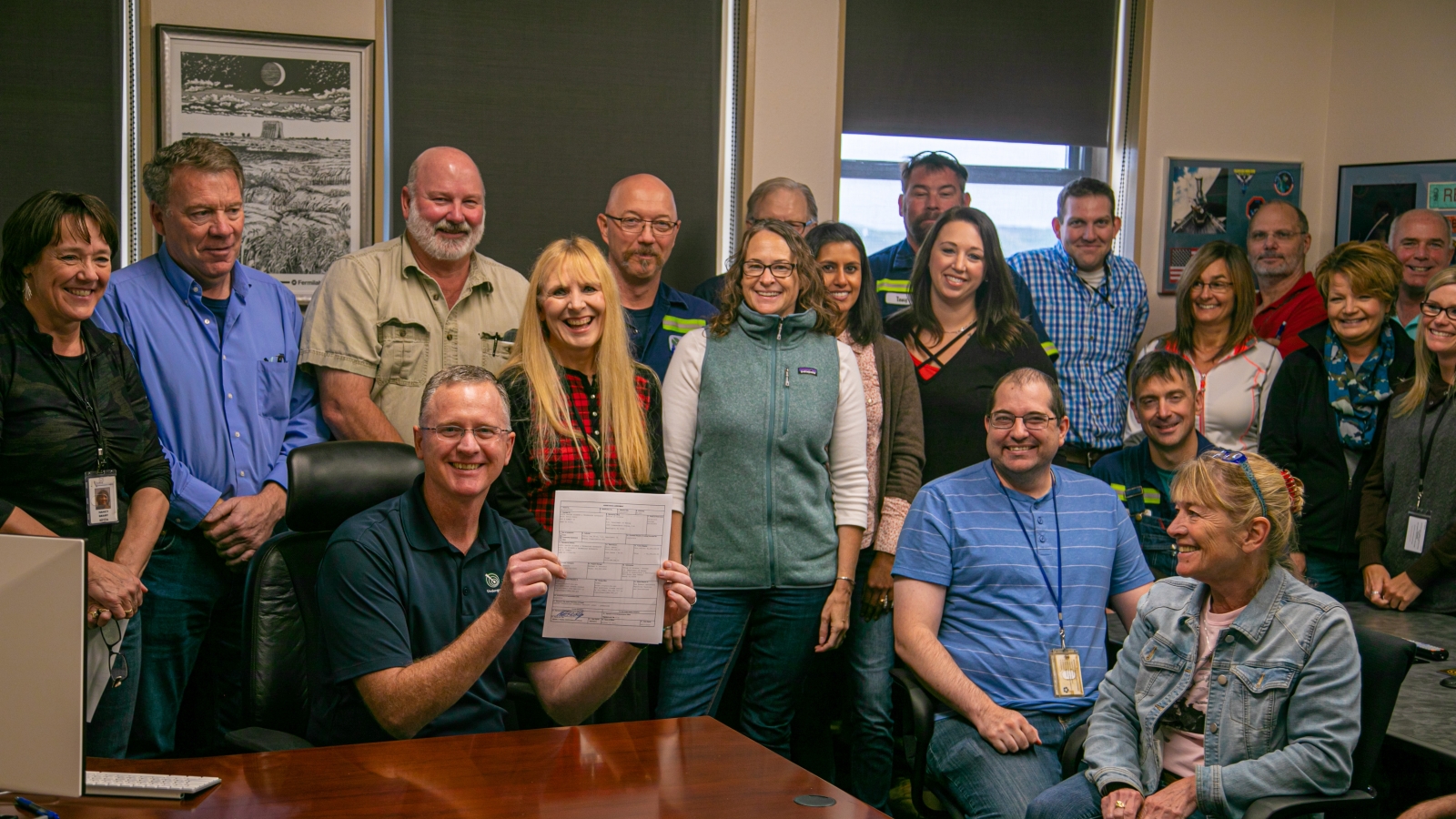 On September 27, 2019, the South Dakota Science and Technology Authority (SDSTA) signed a Cooperative Agreement (CA) with the U.S. Department of Energy’s (DOE) Office of Science.

This CA establishes a direct relationship between the entities and includes DOE funding for five years of Sanford Underground Research Facility (SURF) operations and Fiscal Year 2020 facility infrastructure improvement projects for a total of $123.4 million. Future infrastructure improvement projects will be added each fiscal year, equipping the nation’s most qualified and modern underground laboratory for the future.

“This first SURF Operations CA is a huge milestone for the future of SDSTA and SURF,” said Mike Headley, SURF laboratory director and SDSTA executive director. “The CA provides a legal structure that makes it much easier for the federal government to fund activities at SURF and represents a truly unique public-private partnership.”

For 12 years, SDSTA has transformed the Homestake Gold Mine into a unique, internationally recognized research asset hosting world-leading science experiments. SURF has 61,000 square feet of operational underground science laboratory space 4,850 feet below the surface, and construction is underway on the Long-Baseline Neutrino Facility (LBNF) and Deep Underground Neutrino Facility (DUNE) project to significantly increase the underground laboratory footprint. With additional critical scientific research questions surrounding fundamental physics, such as the nature of dark matter, the characteristics of the most abundant particles in the universe and the make-up of dark energy, SURF has the capacity to meet future science needs and be the nation’s underground laboratory.

Since Fiscal Year 2012, the SDSTA has been funded for SURF operations through subcontracts with two other national labs: Lawrence Berkeley National Laboratory and Fermi National Acceleratory Laboratory. With LBNF/DUNE coming online near-term and SURF’s increasing role in the success of DOE’s science program, the DOE decided to establish a direct relationship with SDSTA to advance the science, as well as the facility, in support of the public purpose—education, awareness and discovery.

SURF is critical to U.S. global competitiveness in underground science, and this partnership between the DOE and SDSTA will advance the frontiers of scientific knowledge.