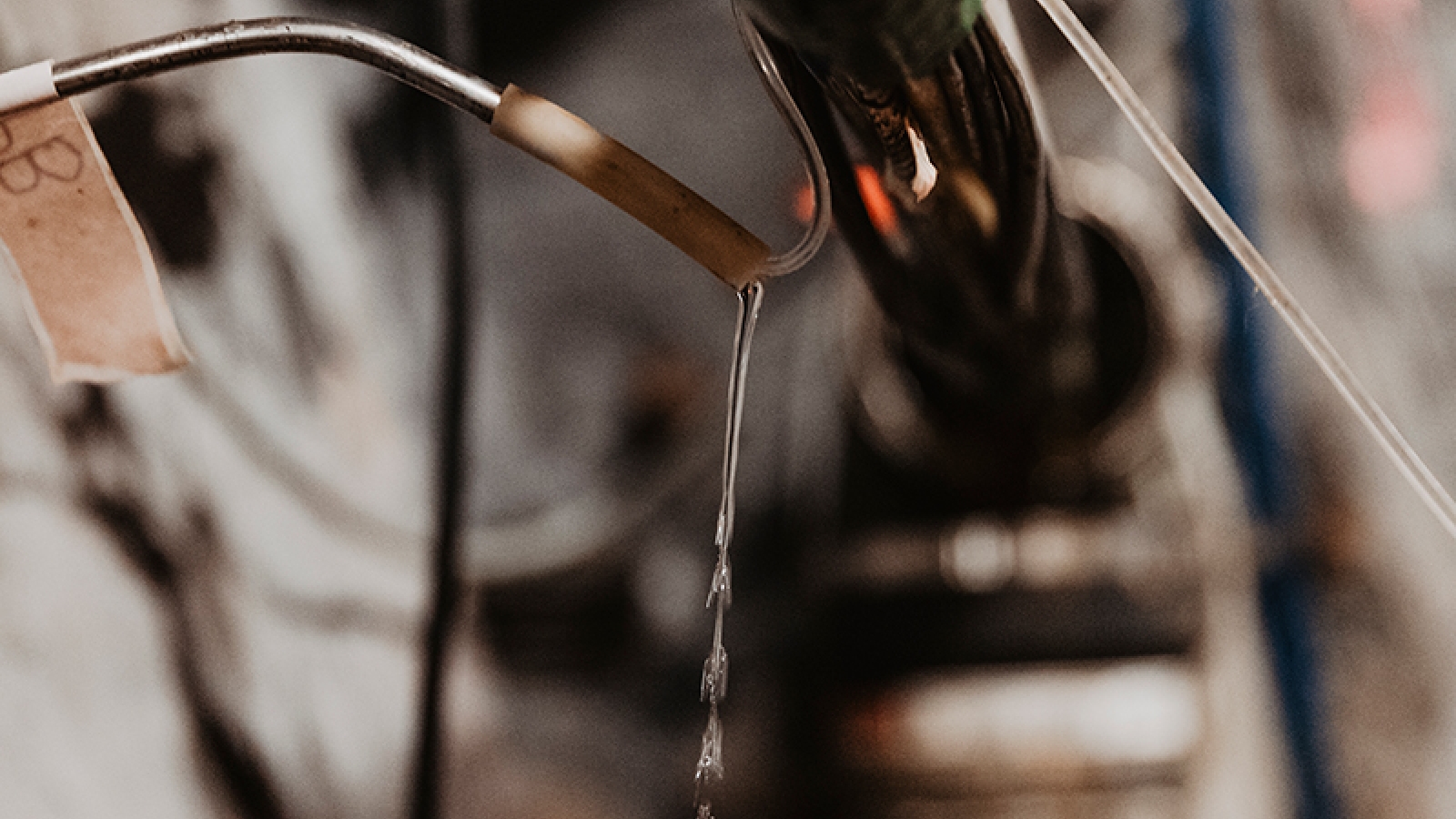 Researchers collect water samples containing an invisible diversity of microbes from boreholes at a testbed on the 4850 Level of Sanford Underground Research Facility.

During Earth’s early history, when radiation, asteroid strikes, and extreme temperatures made the surface hostile to life, the planet’s deep subsurface was a sanctuary for microbial lifeforms. To microbiologists studying life’s origins, the subsurface is a trove of information.

“By understanding how subsurface environments work, we gain insight into the story of life’s evolutionary history on Earth,” said Yuran Zhang, who studies the intersection of microbiology and geoengineering and earned a doctorate from Stanford University in 2020.

Hidden behind walls of rock or deep below oceans, subsurface microbes are difficult to study. Retrieving a single set of samples is a challenging feat, let alone repeat samples to monitor changes in the microbial communities over time.

But Stanford University researchers recently got rare insight into the 10-month transformation of microbial communities living nearly a mile underground at the Sanford Underground Research Facility (SURF). The study was published in the Proceedings of the National Academy of Sciences (PNAS) in June 2022.

Zhang, the paper’s lead author, had not initially set out to focus on microbial communities at SURF. She had arrived 4,850 feet below the surface in Lead, South Dakota, with the Enhanced Geothermal Systems (EGS) Collab, a group studying the use of hot rocks as a renewable energy source. From their test site, the EGS Collab ran long-term flow tests, pumping water into boreholes to better understand how water travels through the fractures in the rock to extract heat.

Zhang planned to use artificial DNA tracers to map these fracture networks. But as she examined the microbial communities present within the rock formation, Zhang realized these preexisting communities could be used instead of artificial tracers. A field crew was assembled to bring this idea to life.

Every week for nearly 10 months, the team collected samples from four boreholes. After collection, the samples were preprocessed and frozen onsite, then shipped to Stanford University. At Stanford University, Zhang used high-throughput DNA sequencing to understand which microbial families were present in each borehole community. The idea worked, and Zhang’s research shed light on the EGS Collab’s work.

But as Zhang looked even closer at her data, the work took another turn. “After months of data analysis, piggybacking on the larger experiment, we found something exciting,” Zhang said.

Zhang witnessed rapid, major shifts in the microbial communities that were supposed to be extremely stable.

One borehole’s microbial community had remained static for the first several weeks, its population consisting of three major microbial families. But on day 29, the community started to transform; soon, several entirely new families dominated the microbial makeup. In other boreholes, several microbes went from undetected to multitudinous. In one case, a previously-undetected microbe later accounted for 35.4% of the community population.

Each of these dramatic changes coincided with a spontaneous change in the flow rate, as monitored by EGS Collab. Microbes seemed to be catching a ride on flowing water and migrating through the fracture network, a phenomenon that surprised both Zhang and Dekas.

What lives where and why

Microbiologists have long assumed that the composition of subsurface microbial communities were determined largely by environmental selection.

“Through a combination of genetic mutations and selection of the most fit organisms, you can have a change over time to a different community,” Dekas said. “But with slow-growing microorganisms like those in the deep subsurface, that process takes a very, very long time. In this study, these big changes were observed over the course of weeks.”

In this study, the mechanism spurring quick, drastic changes was “advection,” or the transfer of matter by a flowing fluid. Though researchers knew that advection could be a mechanism of change in the subsurface, they were unsure how strong its impact was. At SURF, they saw advection’s influence in real time.

“This is a unique data set with an incredible time series—something most researchers don’t have from the subsurface—and answers questions about microbial ecology that we haven’t been able to address in the past,” Dekas said.

The influence of advection, Dekas points out, does not rule out environmental selection as a key factor in evolution of life underground. Rather, it reveals that advection-driven changes can vastly outpace environmental factors.

“If the communities were influenced by environmental selection alone, we might not expect major changes for many, many years,” Dekas said. “What is significant to me is finding out that advection is a bigger mechanism than we thought. Not only is it an additional mechanism, but it puts these changes on a much different timescale.”

As Zhang writes in the paper, this new understanding “may have fundamental implications for understanding the evolution and history of life.”

“The dataset is cutting edge from two points of view,” said Roland Horne, Stanford University professor of energy resources engineering and Zhang’s former doctoral advisor. “One is what it reveals to EGS Collab and the geological reality of their experiment. Secondly, it’s unique for the study of deep microbial communities, due to the frequency and duration of monitoring.”

“I'm impressed by how little we know, and how unexpected things can turn out for interdisciplinary work like this,” Zhang said. “The ‘who was there’ was completely unexpected. The ‘how they change with time’ was totally different from what we thought.” 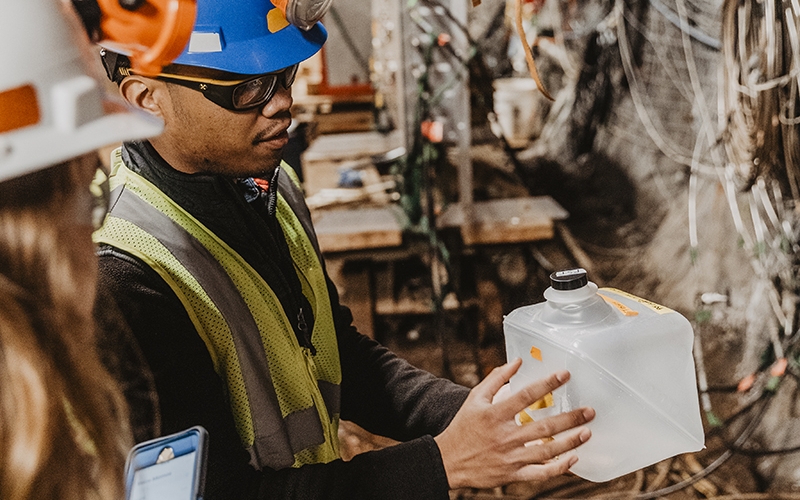 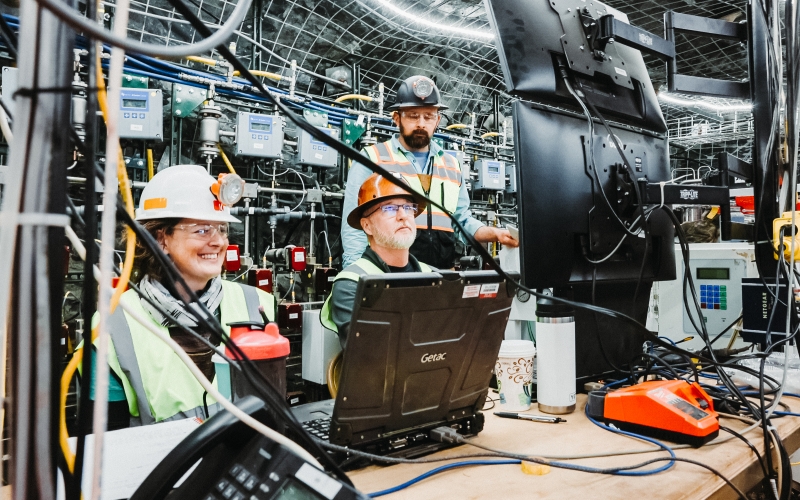